Want to get a fish eye’s view of the Great Barrier Reef but don’t have a boat? Ever imagined pooling a ride in a submarine? Submarine ride-sharing has now become a reality in Australia.

Ride-share company Uber Technologies Inc. announced that it’s launching a new feature called ScUber, allowing customers to book a submarine trip through the Uber app in Queensland, Australia. Uber has partnered with Australian tourist group Tourism Queensland to launch the new service which, as mentioned earlier, lets you pool submarine rides the way you share cabs in the rest of the world. Except they are not cabs, and they are underwater, and they will give you a tour of the Great Barrier Reef.

The ScUber experience will be available from May 27 to June 18, initially from Heron Island off the coast of Gladstone in the Southern Great Barrier Reef region, and then from the coast of Port Douglas in Cairns, from June 9 until June 18.

For A$3,000 ($2,068), the experience includes being picked up from, and dropped off at, your location via the Uber app, then a helicopter ride to the launch point (either Heron Island or Port Douglas), a one-hour ride in the ScUber submarine, and a half-day of snorkeling and touring the Great Barrier Reef.

The ScUber passes a wreck off Heron Island. The submarine service is designed to support the protection of the coral reef system through Uber’s new partnership with the organization Citizens of the Great Barrier Reef.

Uber is no stranger to non-traditional marketing stunts, having previously ventured into ice cream delivery and a service called UberKittens, which allowed customers to request a playdate with kittens to support the Pennsylvania Society for the Prevention of Cruelty to Animals. The company is also working to develop a flying taxi via a partnership with Aurora Flight Sciences.

The submarine offering comes after Uber’s initial public offering flop on May 11; shares plunged immediately after trading opened and fell as much as 8.8% from its IPO price of $45 per share by the end of its first day. The stock price is down about 10% from the IPO figure amid flareups in U.S.-China trade negotiations and the recent dismal performance of rival Lyft Inc.

Queensland and Uber are also hosting a competition wherein one person from USA, Canada, United Kingdom, France, New Zealand, and Australia each can win a ticket for themselves and friend/family. To enter the competition, one has to explain in 25 words or less why you should experience the Great Barrier Reef with scUber. The locals can book the ride from their main Uber app, while people from participating countries can enter the competition from the Tourism Queensland website. 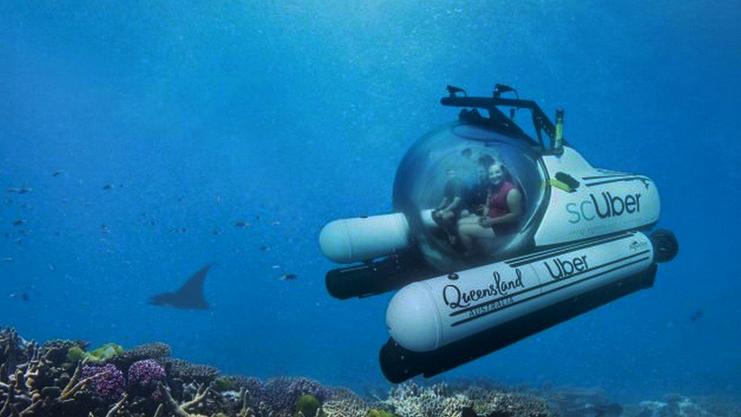 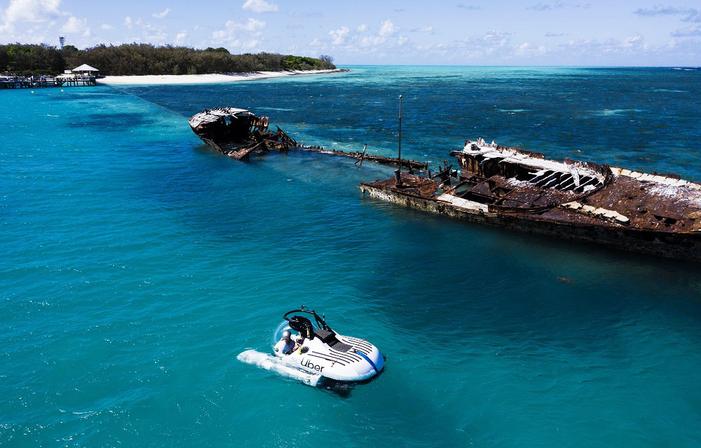