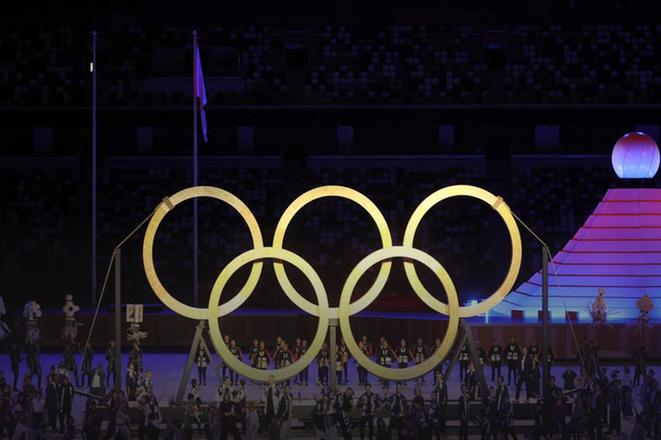 The Olympic Games have officially began in Japan’s Tokyo after being delayed by a year due to the coronavirus pandemic. This is, however, not the first time the capital city has hosted Olympics. In fact, the first time it hosted the events in 1964, it also became the first place in Asia to host the summer games.

Since the opening ceremony, which took place earlier today, various kinds of tweets are being shared on the official Twitter handle dedicated to the Olympic Games. Amid the posts, a tweet about the logo of the world's most celebrated sporting event has piqued people’s interest.

The post details how the wood used to make the logo is special. Turns out, during 1964 Olympics, athletes from across the world brought seeds from their countries and the wood is taken from the trees that grew from them.

The images of different contingents from the countries taking part in the event were also shared on Twitter.

“They're here and they're representing over 1 BILLION people! #IND. Proudly carrying the flag are Olympic boxing medallist Mary Kom and hockey star Manpreet Singh for @WeAreTeamIndia,” reads the caption shared along with India contingent.