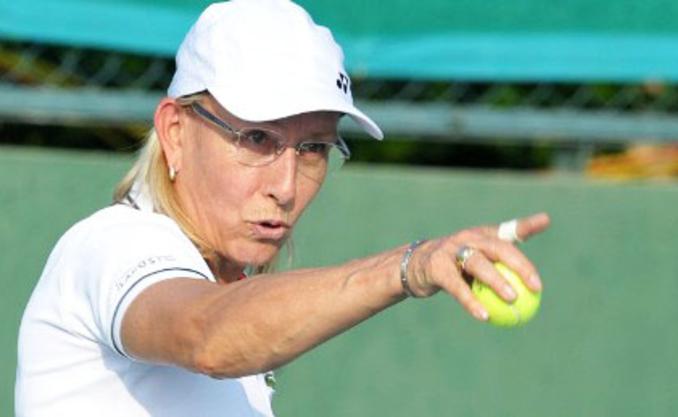 Navratilova singled out McKinnon for particular criticism, though, accusing the Canadian cyclist of 'bullying' her over her views.  She went on to 'deplore' what she sees as the growing tendency of trans activists to label anyone who argues against them as 'transphobes', saying that while she was able to stand her ground, others 'may be cowed into silence or submission'.She also disagreed with McKinnon's claims that drugs were levelling the playing field between trans and biologically female athletes.

Reducing hormone levels 'does not solve the problem' of other advantages such as different bone density or red blood cells count, she said.

'To put the argument at its most basic: a man can decide to be female, take hormones if required by whatever sporting organisation is concerned, win everything in sight and perhaps earn a small fortune, and then reverse his decision and go back to making babies if he so desires,' she said.

Navratilova, who came out as gay in 1981, added that while it may be a 'human right' to practice sport according to the International Olympic Committee's charter, it was 'surely unfair on women who have to compete against people who, biologically, are still men'.

'She trades on age-old stereotypes and stigma against trans women, treating us as men just pretending to be real women. She seeks to deny trans women equal rights to compete under the rules,' she said.

And the current rules, such as the International Olympic Committee since 2003, explicitly welcomes trans women to compete at the highest levels. But other women have also raised concerns about transwomen competing against other women in sport.

When USA Powerlifting came under fire for banning transgender women from competing in the female category, feminist group FairPlayForWomen said the policy was fair to biologically female competitors.​ 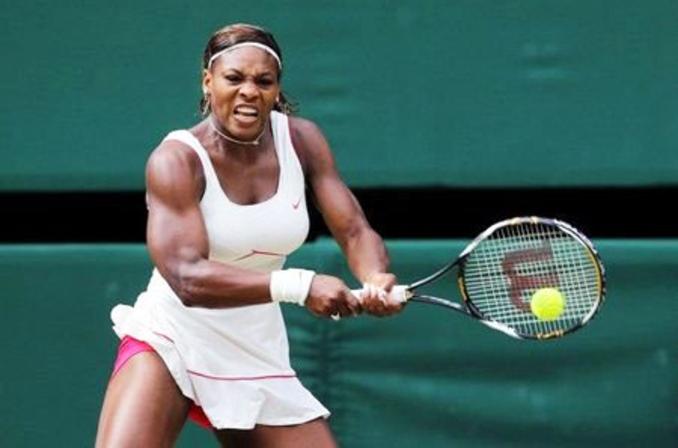 Tennis legend Martina Navratilova has questioned the right of transgender athletes who were born male to compete against biological women in sport.

Writing in The Sunday Times, the nine times Wimbledon singles champion said it was tantamount to 'cheating' to allow transgender women to go head to head with athletes who are biologically female. She said that transgender female athletes had 'achieved honours as women that were beyond their capabilities as men', particularly in sports that require power rather than skill.

'Letting men compete as women simply if they change their name and take hormones is unfair, no matter how those athletes may throw their weight around,' she said.

Transgender female athletes have fiercely defended their right to compete as women.

When Rachel McKinnon won the UCI Masters Track World Championship title last October, her competitor Jen Wagner-Assali, who came in third place, blasted the result on Twitter, saying it was 'definitely NOT fair'. Responding to the criticism, McKinnon claimed that taking the female hormone oestrogen as well as testosterone-blockers had narrowed the physiological gap with women in her category.

She also said it was her 'human right' to compete and that it was 'transphobic' to suggest that transwomen were a threat to the participation of biological women in sport. Navritalova got into a Twitter row with McKinnon after tweeting her views on transgender women in sport last December.