Why has US raised trade war stakes? 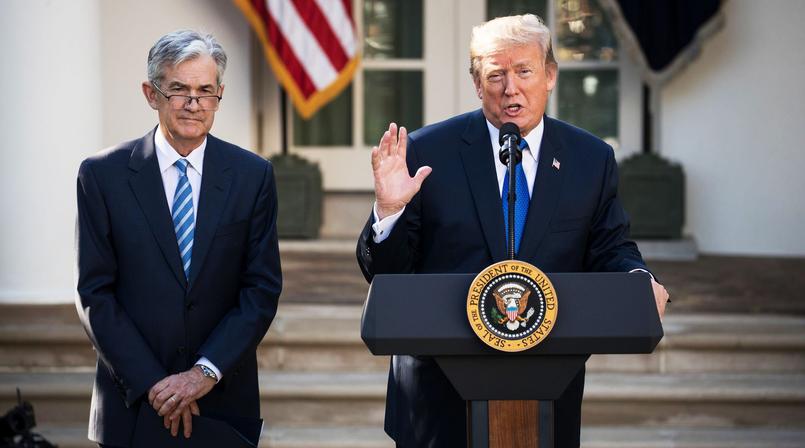 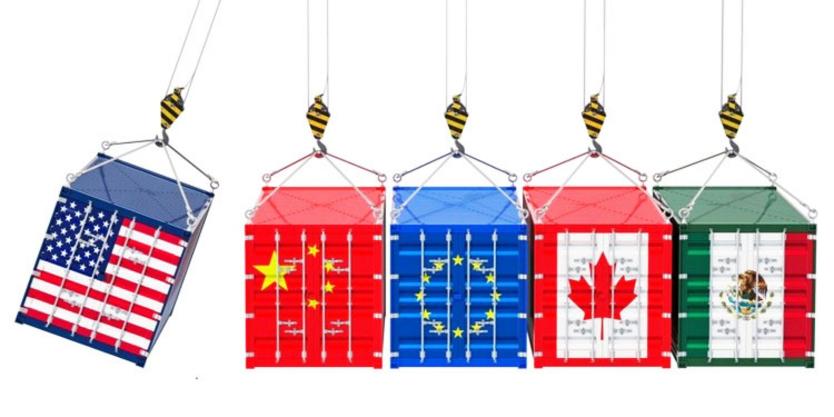 When did the trade war begin?

The first stone was cast in what looks to be a protracted global economic conflict when the Trump administration decided, in January 2018, to impose tariffs on solar panels and washing machines. In March, tariffs were slapped on steel and aluminium. China, already facing allegations of dumping cheap metal across global markets, retaliated with duties on $3 billion of U.S. products. By May these tariffs were applied toward the European Union (EU), Mexico and Canada, respectively at 25% for steel and 10% for aluminium. Canada immediately announced plans to impose counter-tariffs on U.S. products worth about $13 billion, with Mexico and the EU following suit. While the U.S. tariffs were levied on raw materials used across the manufacturing, construction and oil industries, the EU, Mexico and Canada targeted consumer goods. The trade dispute between the U.S. and China now includes around 10,000 products of global trade.

Why did Mr. Trump impose tariffs on China?

The American President is a long-time critic of the U.S.’s deficit with its trading partners and believes that countries such as China do not provide a level-playing field for free trade, especially denial of market access. There is also a bipartisan consensus in the U.S. that Beijing has taken advantage of the American economy for decades, including by theft of intellectual property, leading to the loss of millions of jobs.

The U.S. trade deficit with China has soared, rising from around $100 billion in 2000 to $419 billion in 2018. The Trump administration considers this a threat to economic, hence national, security. In fact, in addition to the tariffs, the White House has curtailed investment from Chinese entities and visas to Chinese nationals (such as researchers) — and these are directly aimed at curbing industrial espionage. The recent controversy over the arrest in Canada of MengWanzhou, CFO of China-owned telecommunications giant Huawei, the declaration of a national emergency for the telecommunications sector leading to a restriction on Chinese products in this area, and the placement of Huawei on the infamous Entity List for import control, hints at the level of anxiety that the Trump administration has over Chinese industrial spying.

Can tariffs address the deficit problem?

There are structural reasons why the trade deficit may be hard to reverse. The U.S. earns a bulk of its net income from services, such as finance, travel and tourism, whereas China exports a far greater proportion of manufactured goods. Therefore, even if the intention behind the crackdown on Chinese trade practices is purposeful protectionism — shielding U.S. domestic industries from foreign competition — it is unclear that the massive shifts in global supply chains required to achieve that goal will happen any time soon, or produce the macroeconomic effects that Mr. Trump hopes they will.

How does the Trump model of ‘tariff economics’ work?

Consider the example of Apple Inc., the Silicon Valley tech giant that Mr. Trump has alluded to on Twitter. Apple has approximately 27 China-based suppliers, most of whom manufacture electrical components for the tech giant. If, through the imposition of tariffs on the products that these suppliers manufacture, the effective cost of production for Apple rises to an uneconomical level, Apple might be compelled to look elsewhere for those components. If many such companies are impacted, that could potentially damage China’s economy to the benefit of relatively low-cost economies.

However, for this competitive tariff ‘model’ to work in reality, the cost of production would have to come down substantially in the U.S. too. Mr. Trump has tweeted that he would offer companies such as Apple “ZERO tax, and indeed a tax incentive,” were they to relocate their production facilities to the U.S.

What has the economic impact of the tariffs been?

Higher tariffs have already had an impact on prices for American companies and individuals. The price of steel and washing machines, for example, has already spiralled upward in the U.S. since the trade war kicked off. Reports suggest China’s retaliatory tariffs, and the resulting steep fall in demand for U.S. export products, have impacted everything from soybean from North Dakota to bourbon from Kentucky and fossil fuels, copper and wood. General Motors has cut jobs at assembly plants in the Midwest owing to hundreds of millions of dollars of additional cost associated with the tariffs.

Simultaneously, stock markets have almost inevitably reacted badly to every new announcement of additional tariffs. For example, after the latest failure of bilateral negotiations in Washington, the Dow Jones Industrial Average saw its worst one-day performance in months.

However, the impact that tariffs on Chinese have on overall inflation should not be exaggerated. According to reports, researchers at the Federal Reserve Bank of San Francisco have estimated that “China tariffs have added 0.1% to inflation for consumers and 0.3% for business investment goods”.

Similarly, it may be a while before the full, price-based impact on the Chinese economy is felt. A study by Syracuse University in the U.S. shows that for electronic and computer products, for example, “non-Chinese multinational corporations operating in China supply 87% of the products that will be affected by tariffs, while Chinese firms send only 13%”.

How has corporate America responded?

Apple Inc. fired off a letter to the Trump administration in September 2018 warning that the tariffs were likely to hit many of its core products, including watches, headphones, chargers and adapters. The company said to Robert Lighthizer, Mr. Trump’s senior trade negotiator, “Our concern with these tariffs is that the U.S. will be hardest hit, and that will result in lower U.S. growth and competitiveness and higher prices for U.S. consumers.”

More broadly, while industry groups have generally cheered the White House for taking on China over trade secrets theft or deliberate market manipulations, the mounting costs of tariffs has taken a toll on their operations, leading executives such as Rick Helfenbein, CEO of the American Apparel & Footwear Association to describe Mr. Trump’s policies as a “self-inflicted wound that will be catastrophic for the nation’s economy”.

What has India’s position been?

While India had last year secured an exemption from the U.S. on steel and aluminium tariffs, the U.S. Trade Representative said in March 2019 that India would no longer be eligible for preferential market access to the U.S. under the Generalised System of Preferences programme. This meant New Delhi lost out on $190 million per year in duty reductions. This comes on the back of repeated allusions by Mr. Trump to India’s high tariff barriers, for example impacting Harley-Davidson motorcycles and medical devices.

With an overall bilateral trade value of $126.2 billion in 2017, the U.S.’s goods and services deficit with India was $27.3 billion (2017). In June 2018 India joined the EU and other countries in imposing retaliatory duties to counter Washington’s tariff on steel and aluminium.

When can we expect the dispute to be resolved?

In 2018, at the G20 summit in Buenos Aires, Argentina, Mr. Trump called a “temporary truce” with President Xi Jinping of China after the bruising year-long trade battle between their countries. The agreement that they reached was effectively to pause the trade war and apply themselves toward agreeing a pact. However, it failed to produce any tangible progress. In May 2019, negotiators from the two countries met again in Washington, even as Mr. Trump proceeded with his latest round of tariff rate hike on $200 billion of Chinese imports from 10% to 25%. Unsurprisingly, those talks did not make much headway either. A solution remains elusive for now.