Astronomers may have found signs of life on Venus.

The search for life beyond Earth has largely revolved around Mars, our rocky red neighbor. Nevertheless, scientists at the Massachusetts Institute of Technology and other institutions have observed what may be signs of life in the clouds of our other, even closer neighbor, Venus.
A team of scientists published a paper announcing their discovery of a peculiar chemical in the cloud-tops of Venus. This chemical is called phosphine, which the scientists say could only be produced by living processes on a planet like Venus.

But what is phosphine?
Phosphine is formed naturally via the anaerobic decay of phosphorus-containing organic matter. It consists of hydrogen and phosphorus.Earth bacteria are known to make phosphine: they take up phosphate from minerals or biological material, add hydrogen, and ultimately expel phosphine. Any organisms on Venus will probably be very different to their Earth cousins, but they too could be the source of phosphine in the atmosphere.
The acidic upper clouds of Venus’s atmosphere, where temperatures are cooler than the 462 degree Celsius surface temperatures, in those upper layers, the pressure and temperature is similar to Earth’s.That’s where the discovery of phosphine in the clouds becomes relevant. Phosphine could originate from unknown photochemistry or geochemistry, or by analogy with biological production of phosphine on Earth, where there is presence of life.
“The reason phosphine is special is, without life it is very difficult to make phosphine on rocky planets”, saidClara Sousa-Silva, Co-Author, MIT’s Department of Earth, Atmospheric and Planetary Sciences.

The scientists have not found direct evidence of living organisms on Venus. The astronomers detected a spectral fingerprint, or light-based signature, of the gas phosphine in Venus' atmosphere. Scientists had previously shown that if this poisonous gas were detected on a rocky, terrestrial planet, it could be produced only by a living organism.
The MIT team followed up the new observation with an exhaustive analysis to see whether anything other than life could have produced phosphine in Venus' harsh, sulfuric environment. Based on the many scenarios they considered, the scientists conclude that there is no explanation for the phosphine detected in Venus' clouds other than the presence of life.

If the discovery is confirmed by additional telescope observations and future space missions, it could turn the gaze of scientists toward one of the brightest objects in the night sky.NASA, which has declined to fund a number of Venus missions in recent decades, announced in February that it would consider a pair of proposed spacecraft among four finalists competing for a round of funding. 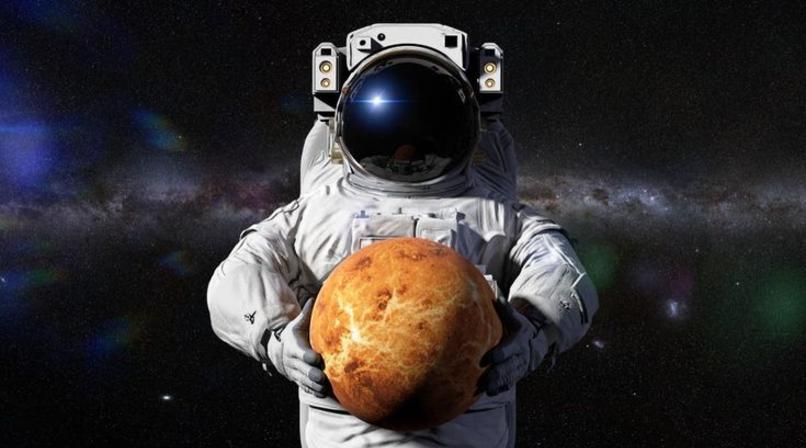