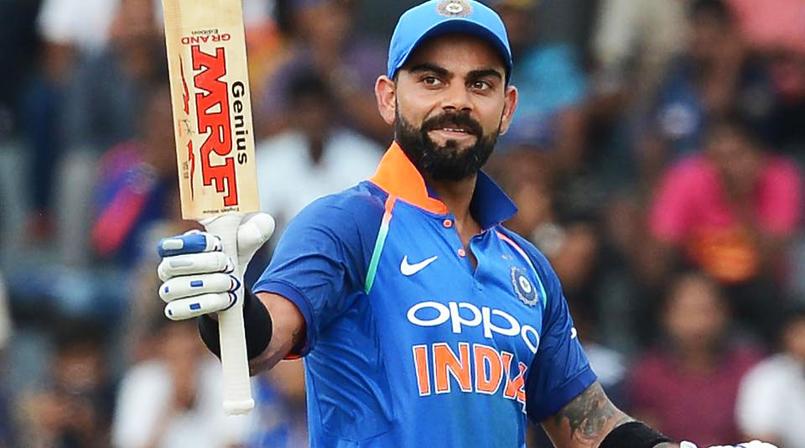 With India needing 23 from 18 balls, the stylish right-handed batsman, who scored an unbeaten 85 in the first ODI, tore into paceman Trent Boult, hitting three fours and a six in his over to plunder 22 runs.

Kohli, who is enjoying a phenomenal run this year across all formats of the game, has now equalled batting great Sachin Tendulkar's world record of most hundreds in successful chases.

Tendulkar had 14 hundreds in 124 innings, while Kohli has the same in a stunning 59 innings.

Kohli, whose double century in Indore helped India complete a 3-0 whitewash in the Test series against the Black Caps, said it was important for him and Dhoni to build a partnership to lay the foundation for the victory.

"It was great to have Dhoni at No.4. We could build a partnership and we scored 150 and then Manish also held his own and gave me the confidence. For a guy to come in that situation, he backed himself. The way he hit those 2-3 boundaries, it gave me the assurance. Those two partnerships sealed the game for us," he said.

Kohli, who was dropped on six by Ross Taylor off Matt Henry, also gave credit to some luck that went his way. "Bit of luck went my way. Feel sorry for Ross Taylor. It is never easy to drop a catch and the batsman carries through. I have done that, and Brendon McCullum got 300 in Wellington," he said.

Kohli, who is proving to be a finisher par excellence with unprecedented feats, revealed his mantra of mastering the chases.

"I know teams want to get me out immediately, so I take my time, go with the flow and then attack at the end. For that you need to play percentage cricket and I know I can play good cricketing shots and still get runs."

"In the past I have tried to play out of my skin and probably got overexcited but then understood that if I time the ball well enough and work the gaps, I can get more purchase out of my strokes. That's the feedback from the team members as well. If a bowler can bowl in consistent areas and be a good bowler, a batsman can keep things simple and be a good batsman and be consistent as well," he concluded.​ 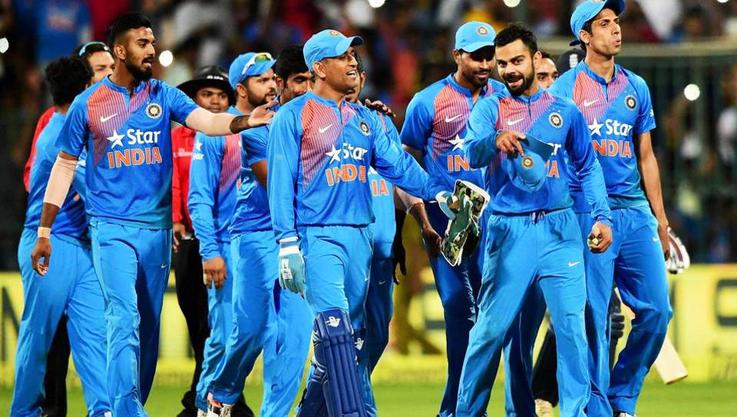 Virat Kohli shares the secret of not bowling in international matches.

Kohli hit an unbeaten 154 to make short work of a challenging target as India beat New Zealand by seven wickets in the third one-day international in Mohali to take a 2-1 lead in the five-match series.

New Zealand, who won the last match in Delhi to tie the series at 1-1, were all out for 285 after India captain Mahendra Singh Dhoni put them in to bat. (Virat Kohli a better chaser than MS Dhoni and Michael Bevan, already. The numbers prove it)

India chased down the target with 10 balls to spare, riding on Kohli's 26th century in the 50-over format. The hosts lost both their openers Rohit Sharma and Ajinkya Rahane inside nine overs and, with the required run rate climbing, needed a solid partnership to get back on track.

Kohli and Dhoni (80), who promoted himself up the batting order to number four, provided just that with a brisk third-wicket stand of 151 runs.

India's Test captain Kohli, who will turn 28 next month, finished things off with an unbroken fourth-wicket stand of 97 with Manish Pandey (28 not out).