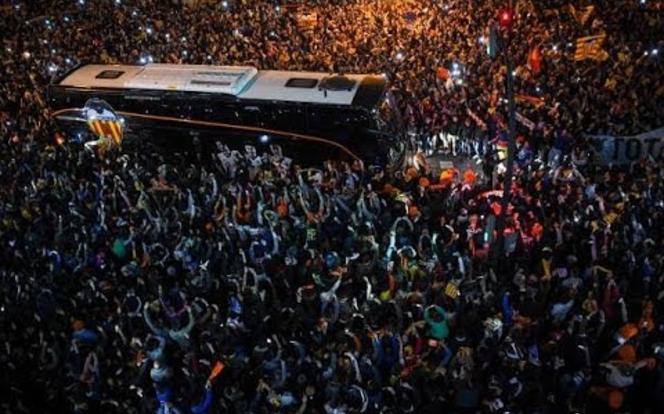 But the 53-year-old received a massive boost, where Valencia defeated Real Betis 1-0 in the second leg of their Copa del Rey semi-final tie to progress to the final with a 3-2 aggregate victory.

It marks the first time Marcelino has reached a final in his fifth attempt and the Spaniard later paid tribute to everyone at Valencia for their never wavering faith in him and his coaching team. It was one of the happiest moments of his coaching career. He explains that he this was one what he really wanted and was focussed at. This was his fifth semi-final in charge of a team, and, fortunately, they got through to the final.

He shared a vote of thanks to his extraordinary players because during all the difficult moments they had during the season, they have never stopped respecting and believing in their coaching staff and their coach. He extended his gratitude towards Mateu Alemany and his family. He expressed his father would have been the happiest man in the world.

Rodrigo Moreno, who was linked with a €120m move to Real Madrid last summer, scored the match-winner for Valencia in the 56th-minute against Betis at the Mestalla. The two sides had entered the return leg tied at 2-2 on aggregate following their first-leg draw.

“We suffered in the first game on set pieces, and that’s where they scored the two goals from corners. We would have liked to have had more control,” said Marcelino. Having the first leg result in their favour meant that they looked to protect it more than going for a goal.

In the second half they changed a few things and they were able to score a good goal and everything became less difficult. Valencia, who last won the Copa del Rey in 2008, will meet Barcelona in the final of the competition at Betis’ Estadio Benito Villamarin in Seville on May 25.​

Valencia was a festival of noise on Thursday night as fans poured into the streets outside the Mestalla stadium to celebrate their team reaching the final of the Copa del Rey for the first time in 11 years.

Rodrigo Moreno's second half strike saw off the challenge of Real Betis to set up a cup final showdown with Barcelona on May 25.

Los Che have had an underwhelming season, peppered by too many draws and that, coupled with an 11-year wait for a shot at silverware, led to wild celebrations at full time.

An emotional Marcelino Garcia Toral was delighted to see his Valencia team progress to the Copa Del Rey final amid such a difficult season. The Spanish coach certainly has had his fair share of problems this term with Valencia getting off to a terrible start in La Liga on the back of just one win in their opening 11 games. Los Che also suffered an early exit from the Champions League in group stages with club director Mateo Alemany having to publicly deny rumours that Marcelino was on the verge of getting fired last month. 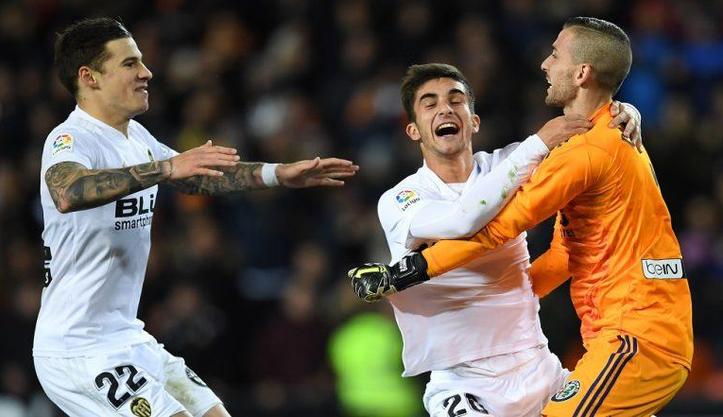