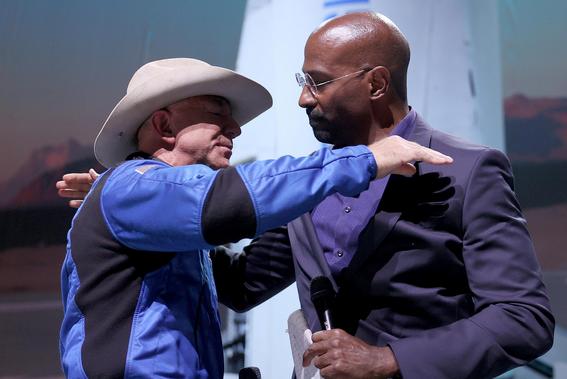 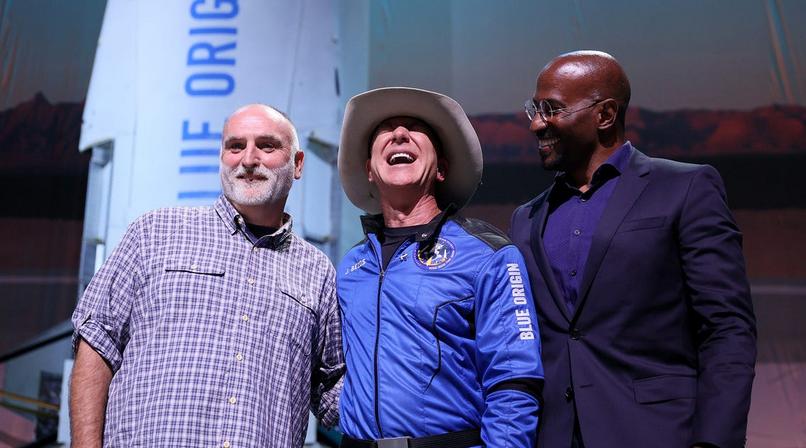 Billionaire Jeff Bezos flew into space on his company Blue Origin's New Shepard spacecraft, marking a historic moment in space travel. The founder of Amazon, Bezos, announced a $100 million "Courage and Civility" award upon his return to the planet.

This award will be conferred on leaders who engage the public to counter challenges facing the human race.

The first two "Courage and Civility" awards have been conferred on American political commentator Van Jones and celebrity chef José Andrés. Each of the award winners will receive a sum of $100 million.

Addressing a press conference to mark the success of his company Blue Origin's first passenger spaceflight, Jeff Bezos said both Van Jones and José Andrés could donate the award money, if they wanted, either to one non-profit or split it among many.

The Amazon founder also said more of these awards could be given away to others in the future.

Spanish chef José Andrés (52) is hailed as a leading humanitarian the world over. A New York Times bestselling author and a TV celebrity, Andrés is perhaps best known as the brains behind World Central Kitchen, a non-profit he founded in 2010.


The World Central Kitchen works in collaboration with relief agencies across the globe to provide meals to victims of natural disasters. It also aims to put an end to world hunger through innovative solutions and the participation of local chefs.

José Andrés was named one of TIME Magazine's 100 most influential people for a second time in 2018.

A highly respected TV host and author, Van Jones (52) hosts the Van Jones Show and The Redemption Project on CNN. Jones is also a three-time New York Times bestselling author and served as Special Advisor to the then US president Barack Obama in 2009.

Hailed as a criminal justice reformer, Jones founded a number of nonprofits, the most significant of them being The Dream Corps. The Dream Corps is an incubator that supports powerful ideas and innovations to "uplift and empower the most vulnerable" in society.