The case comes as Booking.com, along with the rest of the travel industry, has been slammed by the coronavirus pandemic, which has caused tourism and business travel to evaporate worldwide.

The agency is appealing a lower court decision allowing the trademark because by adding “.com” to the generic word “booking” it became eligible for a trademark. The online reservation service filed several trademark applications in 2011 and 2012.

A Patent and Trademark Office tribunal in 2016 rejected those applications, saying Booking.com referred generically to the common meaning of booking lodging and transportation and cannot be used exclusively through a federal trademark registration. Under U.S. law, only terms that distinguish a particular product or service from others on the market can be trademarked.

Booking.com appealed, presenting a survey that showed that 74% of consumers identified Booking.com as a brand name. The Richmond, Virginia-based 4th U.S. Circuit Court of Appeals sided with the company last year because the name as a whole is understood by the public to refer to a business.

The court will hear arguments next week. The biggest cases to be considered by teleconference are three that focus on the question of whether President Donald Trump can keep his financial records including tax returns secret. Those cases will be argued on May 12.

The Supreme Court building has been closed to the public since March 13 due to the pandemic. The justices have met only via teleconference, and have issued rulings only online. 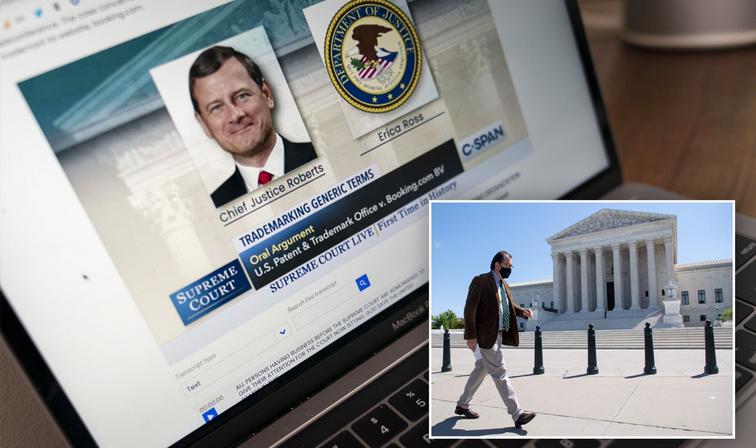 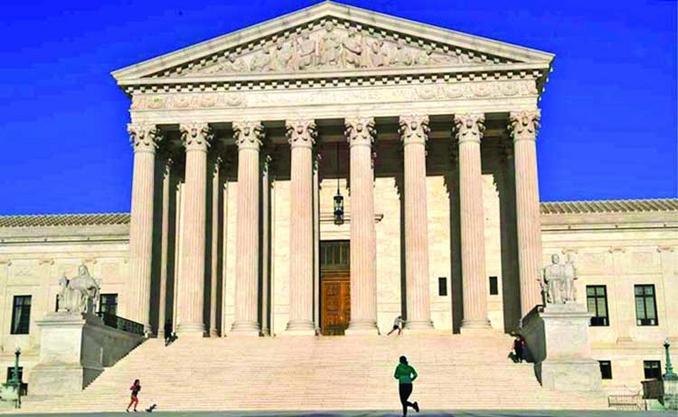 In a break from tradition caused by the coronavirus pandemic, the U.S. Supreme Court for the first time will hear arguments in a case not in person but by teleconference - a trademark dispute involving the popular hotel reservation website Booking.com.

The nine justices over the next two weeks are set to participate in arguments in 10 cases, using a dial-in format to combat the spread of the pathogen. In another first, the court will provide a live audio feed, making these the first arguments that the public can hear live. Cable TV network C-SPAN said it plans to broadcast that feed in all the cases.

Rather than the wide-open questioning exhibited during typical cases in the justices’ ornate courtroom, the court has tweaked the format for the teleconference arguments so justices will take turn asking questions in order of seniority.

Justice Clarence Thomas is the court’s longest-serving member, though he typically refrains from asking questions during arguments. The next most senior justice is Ruth Bader Ginsburg, a frequent questioner.

The first case is due to begin at 10 a.m. ET (1400 GMT). The justices will hear a bid by the U.S. Patent and Trademark Office to prevent Booking.com, a unit of Norwalk, Connecticut-based Booking Holdings Inc, from trademarking the site’s name, contending that it is too generic to deserve legal protection.