She has served the medical unit of the Hawaii Army National Guard in a combat zone in Iraq and was later deployed to Kuwait. Whilst working for Senator Akaka, She graduated from the Accelerated Officer Candidate School at the Albama Military Academy. Her dedication earned her the distinguished Honor graduate in the 50-year history of the academy. She is claimed to be the first woman to earn this.

She is a white American but as she practises Hinduism, hence she is considered to be a Hindu American by the communities. She is particularly an icon along in the community. As she pledges to to run for the white house and compete against Kamala Harris, also from Indian origin she expresses having mixed feelings.

She wishes that bells at the Hindu temples chime in and co-ordinate with her progress and wishes to contribute to the world in 2020. 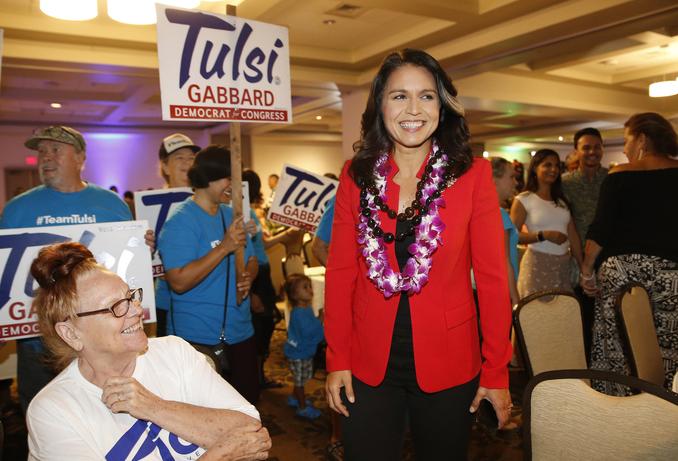 Tulsi Gabbard is the first Hindu law-maker to create a spot in the Indian history elected in the US Congress and shall be running for the White House in 2020 with competitor Kamala Harris.

Tulsi Gabbard, 37, is the second Senator after Elizabeth Warren to enter the Presidential race from the Democratic Party and has been serving them since 2013. She grew up in Hawai. She has  been a responsible citizen  since  her  teenage  and  she  co-founded  an  environmental  non-profit organisation called Healthy Hawai’i Coalition which was focussed on creating awareness and educating children about protecting the environment. 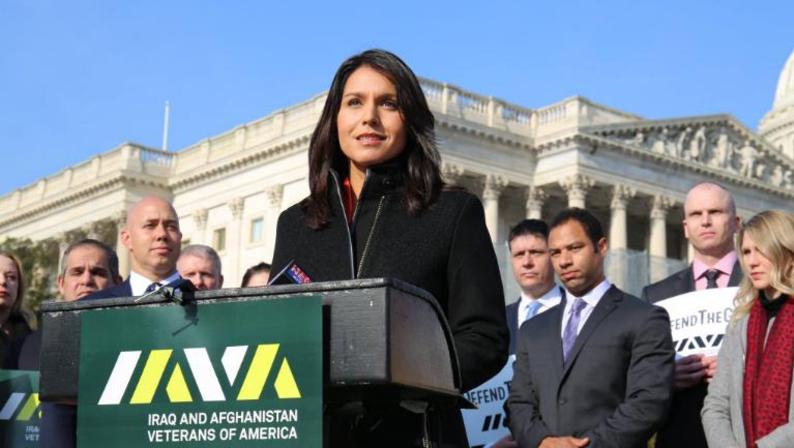