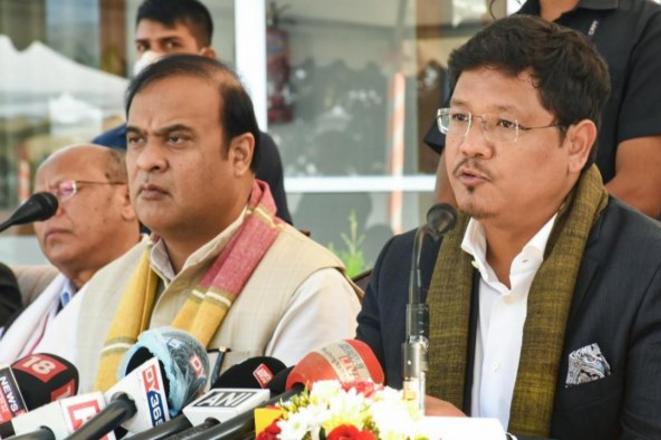 The border dispute between Assam and Meghalaya is not a recent phenomenon, it has been occurring since the state of Meghalaya was carved out of the state of Assam. The 884 km. long border was the content of dispute at 12 prime locations out of which 6 sites have been resolved.

The legendary consensus has been arrived at between the Chief Ministers of the two states, Himanta Biswa Sarma of Assam and Conrad Sangma of Meghalaya in the presence of Amit Shah, the Home Minister of Government of India. Assam is led by the BJP-led NDA Government while the state of Meghalaya is ruled by MDA coalition.

The dispute was built up on the sites of Hahim, Gizang, Tarabari, Boklapara, Khanapara, Pilingkata and Ranacherra. The disputed area was 36.79 sq.km. which has been amicably divided as 18.51 sq.km. set apart for Assam and 18.28 sq.km. given to Meghalaya. The decision is being viewed as a historical one with emphasis given on resolving the situation instead of confrontation.

The day was a historic event in the history of the North-East which settled down the fate of more than 70% of the border. The Home Minister of India. Mr. Amit Shah expressed deep happiness on the resolution of the issue. The matter was settled on the lines of co-operative federalism and democratic synergesis. The North-East is prone to demonstrations, violence and agitations regarding the uncertainty of borders and lands; so the amicable settlement of disputes was a welcome step in the start of new beginnings for the two states.