The ongoing escalation in the prices of petrol and fuel prices has led to a nation-wide protest against inflation and also the ruling Government. LPG and now fuel prices are all on an all time high the reason attributed to the war between Russia and Ukraine. The opposition parties including DMK, TMC, SP, NCP, CPI, CPI(M) etc. staged a walkout from the Lok Sabha session and also the Rajya Sabha witnessed a similar agitation forcing the houses to be adjourned twice. The prices were still until the elections which were held in five states and soon as the elections got over the prices sky-rocketed and touched a record high.

It is indeed true that the sanctions on Russia have made it difficult to procure oil and natural gas from the country and the scarcity of fuel has added to an increase in it’s price. The world wide scenario is replete with escalation in the fuel prices all over the world. SP Leader, Akhilesh Yadav ridiculed and mocked the Government over the price hike. Meanwhile the Congress Party President Rahul Gandhi was not back in taking a jibe at the current situation, “The lockdown on the petrol and diesel prices has been lifted and now the Government will raise them once the elections get over.”

The Congress party demanded the prices be put under control and brought to the same level in the UPA Government. Sitaram Yechury of the CPI(M) called it the callousness of the Government to raise the oil prices to such inflated mark that might cause huge problems to the common people. TMC Derek O’ Brien also regarded it as an utter disregard for the problems of the middle class people.

Petrol and diesel prices have crossed the 100 Rs. mark much earlier and now the prices have repeatedly been revised and further escalated in the last four weeks. LPG cylinder has been costlier by 100 Rs. and petrol and diesel prices have been costlier by 80 paise each. Priyanka Chaturvedi of the Shiv Sena also called it the after effect of the elections. The increase in fuel prices across the nation is a matter of concern for all as it may cause the prices of other commodities to boomerang. 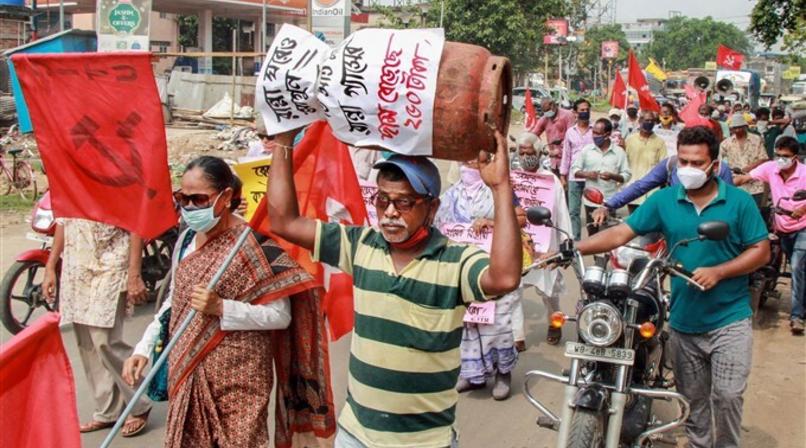