The country has lost one of it’s precious gems with the sudden loss of Lata Mangeshkar after struggling for 28 days with Pneumonia and Covid related symptoms and multiple organ failure thereafter. She is considered as one of the most influential and greatest singers of today’s times not only in India but the entire world. She has sung in over 36 Indian languages and also foreign languages like English, Russian, Dutch and Swahili. Her career has spanned over seven decades and her erstwhile contribution to the music Industry has earned her titles like “Nightingale of India” and “Voice of the Millenium”. She received the Dadasaheb Phalke” award for her significant contribution to the field of singing. In 2001 she got the “Bharat Ratna” the highest civilian honour. She became the second female singer after M.S.Subbulakshmi to receive this honour. France conferred it’s highest civilian award “Officer of the National Order of the legion of Honour” in 2007. She received three National Film Award, Filmfare, Lifetime Achievement and several other awards as well. She is one of the first Indian singers after Pandit Ravi Shankar to have performed at the Royal Albert Hall in London, UK.  Her last song was “Saugandh mjhe is mitti ki”which was released on the 30 March, 2019 as a tribute to the Indian Army and the Nation.

She entered in to the Guiness book of World Records with more than 25,000 solo and duets to her credit, a record which was only contested by Mohammad Rafi. In 1984, the State Government of Madhya Pradesh instituted the Lata Mangeshkar Award in her honour. The State Government of Maharashtra also instituted a Lata Mangeshkar Award in her honour. Dilip Kumar had said that “Lata Mangeshkar’s voice is a miracle from God”. Sangeet Natak Akademi, Indira Kala Sangeet Vishwavidyalaya and Shivaji University, Kolhapur had conferred honorary doctorates upon her.

The loss of Lata Mangeshkar is indeed an irreparable loss for the entire nation as well as the entire world. May she fill the corridors of heaven with her mellifluous and captivating voice. 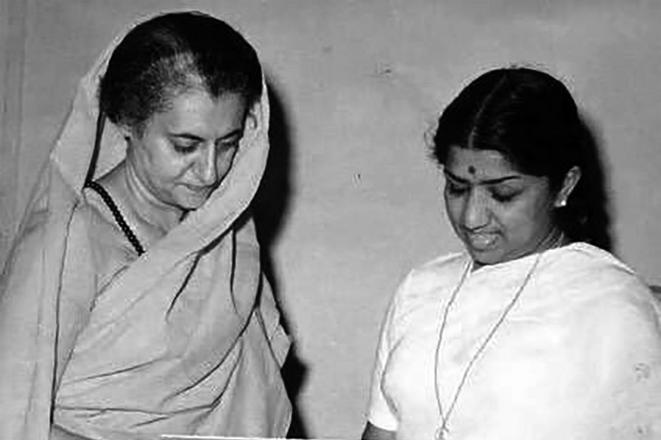 Lata Mangeshkar: a tryst of eternity with music