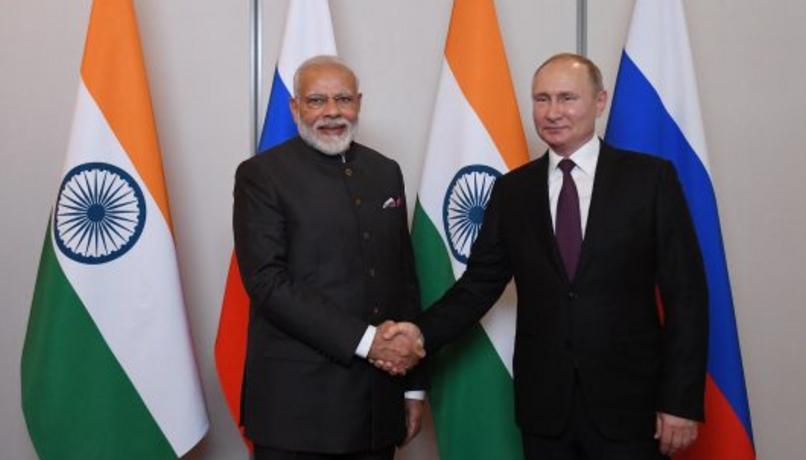 India has always been a strategic partner of Russia and also shares a deep bonding with the US. Since the inception of the war India has been urged by Ukrainian Authorities to deliberate and intervene to stop Russian forces from further attacks. The Russian forces have been offensively bombing Ukrainian cities and heavy shelling by them has destroyed many cities and civilian life. The UN has set $1.5 billion apart for the humanitarian and relief work to be carried out in Ukraine. Russian military forces have been uprooting the ground infrastructure of the Ukrainian cities. India has close and historical ties with Russia and also Russia is a major arms supplier so categorically speaking India cannot take an upfront stand against Russia and has abstained from voting against Russian attacks at the UN Security Council. If India supports the strikes by Russia then it will possibly be inviting the aide of Russia that is China for further intrusive reactions at the Indo-Chinese borders.

QUAD leaders from the countries like Australia, US, Japan and India have discussed the critical affects and aftermath of Russia’s attacks on Ukraine. India has abstained itself from three UN resolutions condemning Russia. China has also abstained from it calling the whole situation as complex and critical. Though there is a violation of human rights and war crimes committed by the Russian Army both India and China have not upfrontly confronted Russia on this. India has  followed the non-alignment policy and stated the need of urgent ceasefire and diplomatic solutions for both the countries. As Russia is a old friend and aide of India so New Delhi will not get in to it’s way but state the essential condition of maintaining peace in the region and also show the dangerous aftereffects of the ensuing war.

On the other hand India is also a close associate of the US and the US is supporting the Ukrainian army and the country in it’s fight against Russia. India is neither vehemently objecting to the war launched as the US is doing. Instead India is maintaining a silent diplomatic stance on the entire issue. India is a key player and a strategic partner in the global situation. Also the war needs to be condemned on the grounds that it will cause oil and natural gas prices to escalate to a sharp maximum as many nations have imposed economic sanctions on Russia.

India enjoys a special and privileged strategic partnership with Russia and Russia has always been supplying submarines, tanks, fighter jets to India and also helping India in it’s nuclear programme. Indian PM Modi and Russian President Putin have cherished a close bond. India has focused it’s concerns on the opening of all diplomatic channels and providing humanitarian assistance to the war -torn nation. PM Modi is in talks with Russian, Ukrainian, European Council, Polish and French Presidents in a bid to forward India’s stance on dialogues, peaceful resolution and immediate ceasefire. India has always reiterated it’s commitment to the principles of the UN charter, to International law and respect for sovereignty and territorial integrity  of each and every nation of the world.