Prior to the Italian agreement signed last month, China reported a total of 171 intergovernmental cooperative undertakings with over 150 countries and international organizations under Belt and Road, trade in goods with countries along the Belt and Road exceeding $7 trillion, nonfinancial direct Chinese investment in those countries of nearly $16 billion, and newly signed overseas contracting projects valued at over $500 billion. Malaysia announced the successful renegotiation of a troubled Belt and Road rail project. Xi’s “community of a shared future for mankind” concept, frequently hailed by Chinese commentators as an element of the new global governance model, was incorporated for the first time into a United Nations resolution in February 2017 and added to the Chinese Constitution in March 2018.

Yet almost daily media reports announce political troubles, stalled or cancelled projects, and security challenges. China insists that it pays great attention to fiscal sustainability, yet it faces accusations in many countries of using Belt and Road projects as “debt traps” or a “new colonialism.” China’s leaders characterize the initiative as “open, inclusive, and transparent,” but it has been criticized for its opaqueness, the closed project procurement process that hands Chinese companies and workers the bulk of China’s overseas infrastructure projects, and corruption.

China’s leaders recognize the problems and their potential to hurt the nation’s goal of projecting soft power as well as exporting domestic overcapacity and its own standards. Indeed, China’s central government agencies have been issuing an array of regulations and policies intended to better regulate the conduct of both state-owned enterprises and private Chinese enterprises in overseas project contracting and investment activities, including under the Belt and Road banner.

Under these new directives, overseas actors should pay attention to financial, environmental, social, integrity, and other risk factors; use Chinese and host country professional consultants; and comply not only with host country legal requirements, which may be weak, but also with Chinese law, international treaties and conventions, and industry best practices.

Environmental protection and social safeguards received increasing emphasis, with “Green credit” finance programs dating back to 2012 and a “Green” Belt and Road policy and action plan published in May 2017. Chinese authorities are tightening reporting requirements, capital controls, and the regulation of overseas finance and investment, leading to a marked decrease in new overseas loans and investments since a high point in 2016.

A December 2017 code of conduct for overseas investments by private Chinese enterprises emphasizes controlling risks and paying attention to social responsibilities, including information disclosure, communication with the public, and preparing environmental impact assessments as part of environmental protection strategies; prohibits bribery and unfair competition; and calls for applying international and multilateral standards in the absence of specific local ones. A policy from the same month calls for state-owned enterprises to prevent overseas integrity risks, with the aim of preserving state assets and cultivating world-class enterprises that are globally competitive.

The joint communique specifically addresses all the controversial aspects of the BRI. It pledges respect for the sovereignty and territorial integrity of all the states involved. The communique talks about “extensive consultations”, “shared and mutual benefits”, “importance of the rule of law”, “openness, transparency, inclusiveness and level playing field”. All the cooperation under BRI, the communique notes, will be “open, green and clean” and “will pursue high standard, people-centred and sustainable development”. It is difficult to find a fault with anything in this statement. Execution, of course, is a completely different matter. If China wants this communique to be taken seriously, it should transform the BRI into a genuinely multilateral initiative — despite the pretence of multilateralism, it is still a collection of strictly bilateral arrangements — and allow the collective weight of other countries to be reflected in drawing up a charter of rules for BRI projects.​

China’s far-flung, ambitious Belt and Road Initiative has hit some potholes and roadblocks during its first five years of evolution. As domestic credit tightens and troubled overseas projects proliferate, China’s four biggest infrastructure lenders reportedly made no loans to the Asian region in the first three months of 2019.

The signature foreign policy move of Chinese President, Xi Jinping, the Belt and Road Initiative (BRI), is a massive undertaking in which Beijing provides loans to other countries for various kinds of projects ranging from connectivity to energy. The overland part (the belt) and the maritime part (the road) together aim to connect Asia, Africa and Europe into a large economic entity that works to China’s advantage. Over time, the BRI has faced mounting international criticism.

But the Belt and Road Initiative is not going away because it’s the initiative of Chinese Communist Party leader Xi Jinping.

As world leaders prepare to convene in Beijing for the second international Belt and Road forum, pressure is building domestically and overseas for China to overhaul its initial laissez-faire approach to Belt and Road project financing and implementation. Responding to a spectrum of fiscal, environmental, social, and political risk concerns about Chinese overseas projects, Chinese authorities are calling for “high-standard” and “high-quality” Belt and Road cooperation, and they are reportedly compiling a list of officially acknowledged projects and drafting rules to govern them.

Since its inception in 2013, a number of countries have jumped onto the BRI bandwagon. The primary reason: High demand for capital, especially in emerging economies with massive infrastructure deficit. But there are other factors. A number of state leaders use the BRI to funnel money into projects to boost their political appeal. The die was cast. With the money directed on political logic, several projects failed to generate revenues that could repay the loans. With labour and key input materials imported from China, the BRI projects didn’t really uplift local economies. Several environmental and human rights issues too cropped up. India, which sat out of the inaugural BRF mainly on sovereignty grounds — BRI projects in Pakistan pass through disputed territory in Kashmir — began to raise a number of these issues. Gradually, other countries, including the US, joined the chorus of criticism. 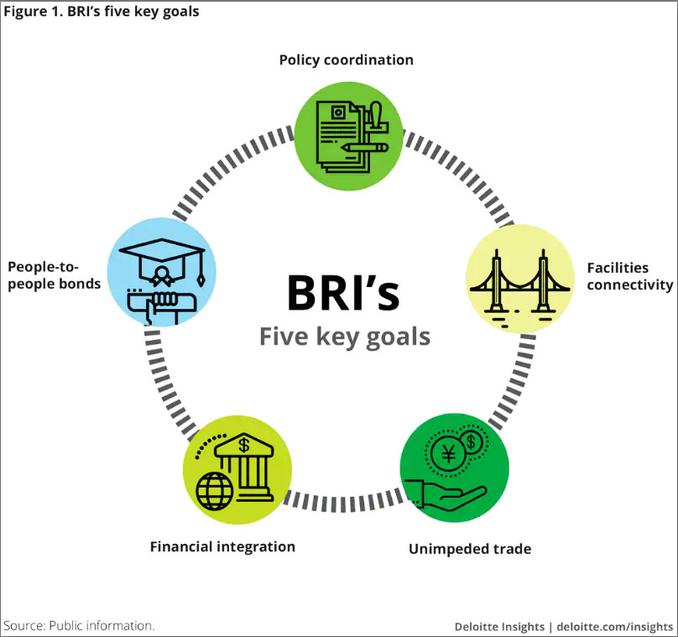 The signature policy, Belt and Road Initiative (BRI), provides loans to other countries for various projects. 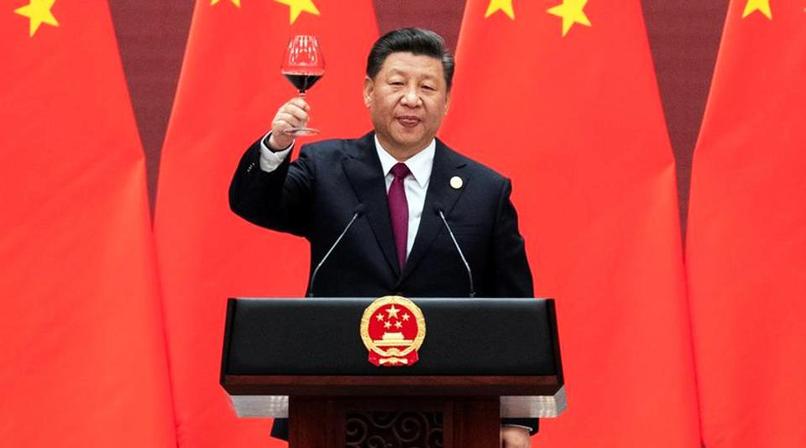