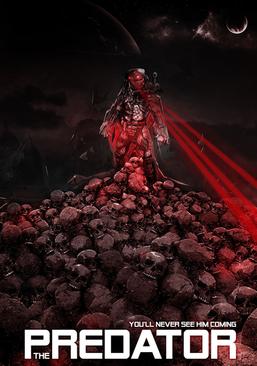 Shane Black’s “The Predator” launched with a tepid $24 million from 4,037 North American locations. That was easily enough to top the weekend box office, but not enough to land a franchise-best debut. That distinction still belongs to 2010’s “Predator” with $24.7 million (not including the two “Alien vs. Predator” crossover films). Overseas, “The Predator” earned $30.7 million for a global start of $54.7 million.

Though “The Predator” opened at the lower end of estimates, it seems the surrounding controversy didn’t taint the sci-fi film. Prior to its premiere, “The Predator” drew ire after 20th Century Fox announced it deleted a scene featuring registered sex offender Steven Wilder Striegel. The studio said it was “not aware” of Striegel’s background when he was hired. Black has since apologized for casting Striegel, who is a friend of his.

Chris Aronson, head of domestic distribution at Fox, said the scandal didn’t influence weekend numbers. “I don’t think it dissuaded anyone who wasn’t predestined to go. I think it had minimal, if any, impact,” he said.

Forget the narrative of earlier Predator movies: the only thing that can really take down these alien hunters appears to be a lousy script and a hack director.

After the excellent Predator (1987), the quality of its sequels has been largely hit-and-miss. Fans were looking forward to this soft reboot, in part because director Shane Black (who starred in the 1987 film) promised to bring something new to the franchise.

The film’s only saving grace are the performances by the actors, who surpass the material they are given.The fourth installment — starring Olivia Munn, Boyd Holbrook, Trevante Rhodes, Jacob Tremblay, Keegan-Michael Key, and Sterling K. Brown — has generated mediocre reception. It holds a bleak 34% average on review aggregation site Rotten Tomatoes, along with a C+ Cinema Score.