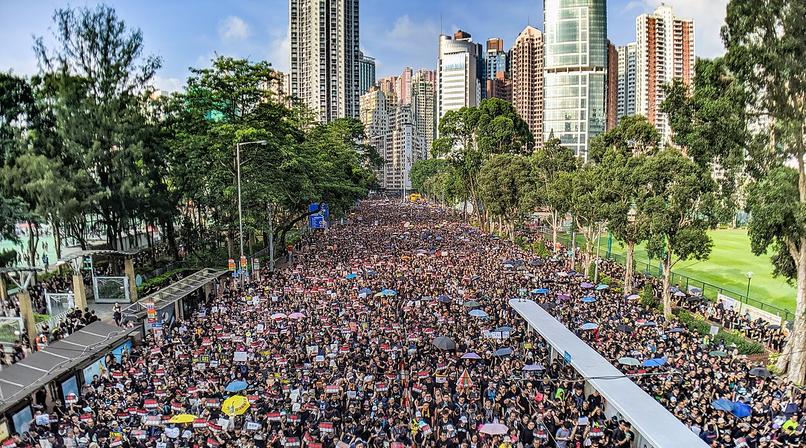 Dozens of Thai demonstrators singing patriotic songs and shouting “long live the king” rallied in the capital in response to a series of anti-government protests led by student groups in recent weeks.

The crowd, a mix mainly of the retired and some vocational students gathered at Bangkok’s Democracy Monument to show support for the monarchy and the government of Prime Minister Prayuth Chan-ocha, the royalist former army chief who ousted an elected administration six years ago.

Some recent protests against Prayuth have seen veiled negative references to the powerful monarchy, despite a law forbidding criticism of the king. Such references would once have been unthinkable.

Many protesters wore yellow, a colour associated with the royal family.

Prayuth’s party campaigned in last year’s election on a vision of traditional Thai culture and loyalty to King Maha Vajiralongkorn.

But public opposition to Prayuth has grown in recent months.

University and high school students have rallied to demand the dissolution of parliament, an end to harassment of government critics, and amendments to the military-written constitution that critics say virtually guaranteed victory for Prayuth’s party last year.

Hundreds of anti-government protesters held a separate rally in Bangkok on Thursday, with university student groups unperturbed by the pro-government demonstration.

If the pro-establishment rally marks the start of further counter demonstrations, it could raise the risk of confrontations between pro-democracy and conservative movements.