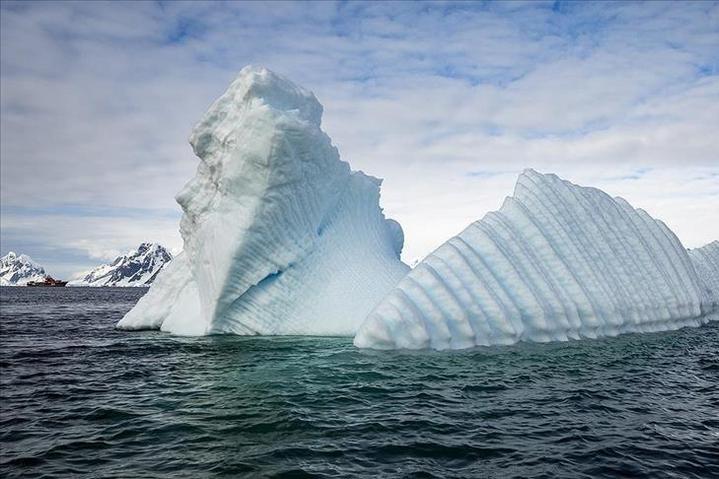 According to new research, many of the world’s glaciers now contain significantly less ice than the scientists had previously estimated. This means some mountain communities that rely on melting ice may run out of fresh water faster!

The revised estimate reduces global sea level rise by 3 inches if all glaciers were to melt.
The research revises earlier estimates of glacial ice volume, now suggesting that there is 20% less ice available for sea level rise in the world's glaciers than previously thought, which in turn, raises concern for some communities that rely on seasonal melt from glaciers to carry on with basic life activities. If glaciers contain less ice, water will run out sooner than expected.
The results will have implications on the availability of water for drinking, power generation, agriculture and other uses worldwide.

The study, led by Romain Millan, a postdoctoral scholar at Grenoble Alpes University in France, uses satellite images to piece together the volume of ice contained in all the world’s glaciers, which is more than 200,000 in total.

The amount of ice a glacier contains depends not only on its surface area, but also on the thickness of the ice itself. Scientists have on-site measurements of ice thickness from only about 4,000 glaciers around the world. For the rest of them, they’ve had to make rough approximations based on what they know about the size of the glaciers.

The research found that there is nearly a quarter less glacial ice in South America's tropical Andes mountains which means that there is up to 23% less freshwater stored in an area from which millions of people depend during their everyday lives. The reduction of this amount of freshwater is the equivalent of the complete drying of Mono Lake, California's third largest lake.

On the contrary, Asia's Himalayan mountains were found to have over one-third more ice than previous estimates. The result suggests that about 37% more water resources could be available in the region, although the continent's glaciers are melting quickly.

The melting of glaciers due to climate change is one of the main causes of rising sea levels. It is currently estimated that glaciers contribute 25-30% to overall sea level rise, threatening about 10% of the world's population living lower than 30 feet above sea level.
​