Will the World ever get over of Omicron, Delta and Florona: Is there a permanent cure to it?

The World has had enough of the Sars-Covid-19 virus which has shook the daily rhythm of the entire world. The year 2020 witnessed severe restrictions and lockdowns with a major jolt to even the most strong and influential of World economies undergoing a downfall. There is a further possibility of emergence of strains like Omicron, Delta, Alpha, Beta and the most recent one Florona. The virus is capable of undergoing more than 30 mutations on its spike protein. Hence a more number of variants of the virus is expected and it might become a never ending pandemic with a serious economic repercussion of sorts. Omicron is the most transmissible variety prevelant today which is highly infectious and has a low virulence. The predecessor of Omicron was Delta which led to severe hospitalizations and caused complications like low oxygen levels and pneumonia like conditions.

Double vaccines have been developed to counter the corona attack but still it has the penetrative power to invade our systems. The third booster dose in combination with the two vaccines has been found to prove effective against the deadly virus. Omicron has the potential of evading vaccine induced immunity also. For enhancing protection against the Omicron or B.1.1.529 the third booster dose has been provided across the globe and in India too the third booster will be administered to the health workers since January 22. Vaccination for children aged 15 to 18 years has been formulated in India and the administration has just yet begun.

Many kids have been affected and hospitalized in the US, UK and South Africa due to the persistent infection. Not only vaccines, monoclonal antibodies and Covid pills have come up in the fight against the corona virus. The Merck’s (US) corona pill has been found to be effective in controlling hospitalization and death by 30%. The adult population and children are at a greater risk of infection across the globe and the entire world is at the risk equally. The critical conditions posed by the virus threatens World Economy and the year 2020 saw the complete breakdown of the world economy due to strict travel and business restrictions around the globe. Many major developing and developed nations witnessed upheavals and health disasters occurred. The year 2021 saw relaxing of norms and curbs along with a slight victory over the virus with vaccines being developed and medications formulated. The lockdowns have had a long lasting consequence on the labour markets, production capacities and prices. The growth forecast for 2021 had been lowered and closer home in India mass exodus of migrant workers took place. Thousands of labourers migrated barefoot or over bicycles from cities to towns as the daily wage labourers and lower middle class income groups were the most hard hit. Health, high inflation, supply chain deadlocks and vaccination are the key areas of concern which if ignored could boomerang in to gigantic hurdles in the way of any economy.

The low vaccination areas are at a risk of becoming in to breeding grounds for the deadly virus mutations. The total expected budget for vaccinating the entire planet was $50 billion and the healthcare expenses could run up to$ 10 trillion. With such humongous expenditure lockdowns can cause a shattering impact on the world’s economy. Travel restrictions can increase business deadlines and lead to inflations in developed and developing economies and severe mortality in countries like Africa. Banks across the world might be forced to raise their interests on loans and thus life will be exceedingly difficult for the common man and a middle class person. OECD, Paris chief Laurence Boone warns of uncertainty and unemployment if the virus goes uncontrolled. The organization for Economic Co-operation and Development warned the US, China and the European region countries of economic crunches and deficits in the most dire scenario.

The solution to the deadly outbreak lies in first and foremost vaccination, medication and upgrading all healthcare facilities and the non-imposition of severe lockdowns so that even the most downtrodden and poorest of the public surviving on daily wages gets to make a living. Whether or not we might be able to eradicate corona or not we might sure make an effort greater than it. 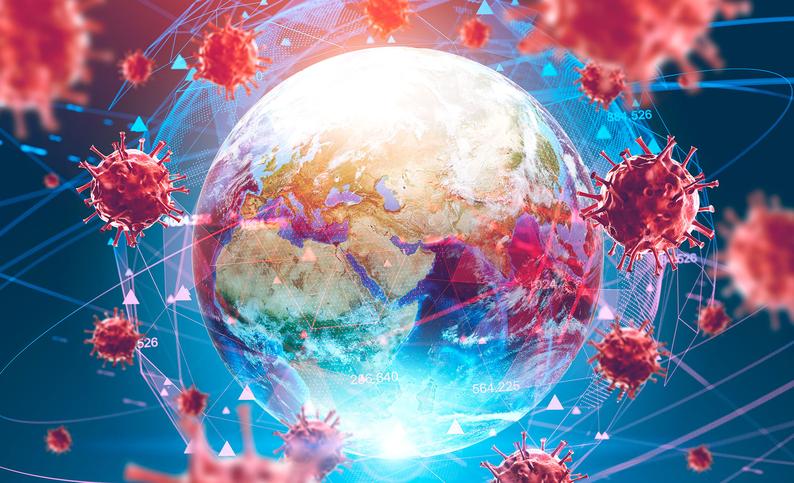