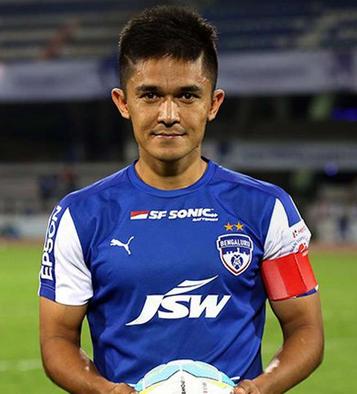 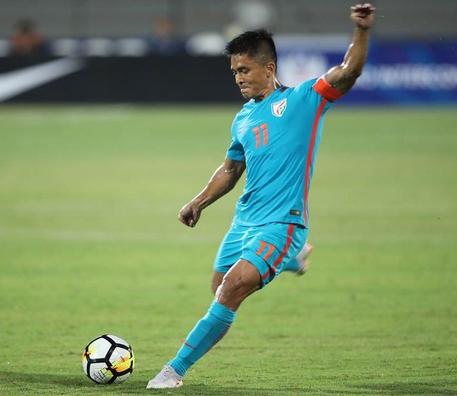 Chhetri began his professional career at Mohun Bagan in 2002. He then moved to JCT where he scored 21 goals in 48 games. He signed for the Kansas City Wizards of Major League Soccer in 2010, becoming the third player from the subcontinent of note to go abroad. However, that stint in the United States did not last long and soon he was back in India's I-League where he played for Chirag United and Mohun Bagan before going back abroad. This time he was signed by Sporting Clube de Portugal of the Primeira Liga where he played for the club's reserve side.

He helped India win the 2007 Nehru Cup, 2009 Nehru Cup, the 2012 Nehru Cup as well as the 2011 SAFF Championship. He was also one of India's best players during the 2008 AFC Challenge Cup in which India won the tournament and thus qualified for their first AFC Asian Cup in 27 years. He then led India in scoring during their short-lived campaign at the 2011 AFC Asian Cup with two goals. Chhetri has also been named AIFF Player of the Year four times in 2007, 2011, 2013 and 2014. 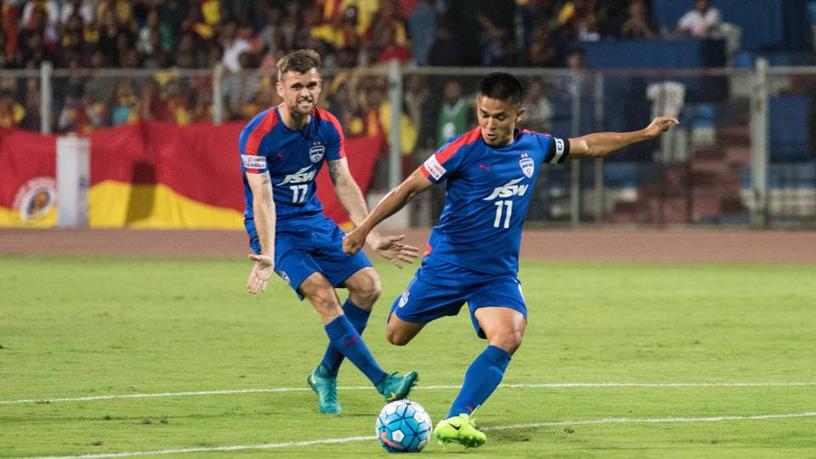 Sunil Chhetri was born on 3 August 1984 to K.B. Chhetri, an officer in the Corps of Electronics and Mechanical Engineers (EME) of the Indian Army, and Sushila Chhetri in Secunderabad, Andhra Pradesh, India. His father played for the Indian Army's team while his mother and her twin sisters played for the Nepal women's national team. Chhetri started playing football from a young age taking part in various tournaments.

On 4 December 2017, Chhetri got married to his longtime girlfriend Sonam Bhattacharya.