Starbucks closed over 8,000 coffee shops in the US for racial bias training.

Starbucks closed more than 8,000 U.S. stores for a few hours to conduct anti-bias training in the company’s latest step to deal with the fallout over the arrest of two black men at one of its shops in Philadelphia.

In the Philadelphia incident, Rashon Nelson and Donte Robinson were asked to leave after one was denied access to the bathroom. They were arrested by police minutes after they sat down to await a business meeting. The incident was recorded by cellphone and went viral.

Nelson and Robinson settled with Starbucks for an undisclosed sum and an offer of a free college education. They also reached a deal with the city of Philadelphia for a symbolic $1 each and a promise from officials to establish a $200,000 program for young entrepreneurs.

Starbucks has since announced anyone can use its bathrooms even if they are not buying anything. According to documents Starbucks sent to store workers, employees should also think carefully when dealing with disruptive customers. A guide advises staff to consider whether the actions they take would apply to any customer in the same situation. They should dial 911 only if the situation seems unsafe.

Starbucks said the arrests never should have occurred anddid the mass closures of its stores for the afternoon of training.

Many retailers including Walmart and Target said they already offer some racial bias training. 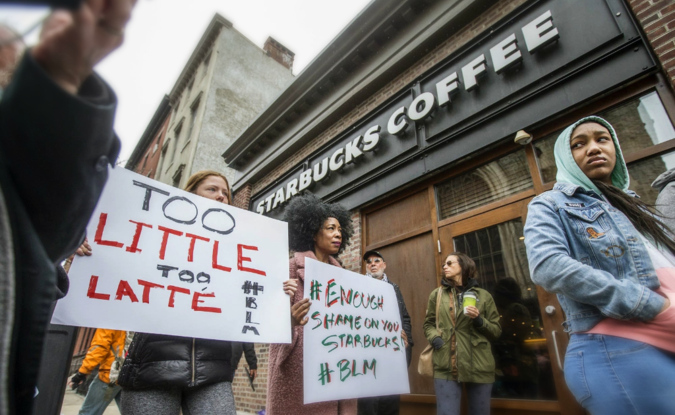 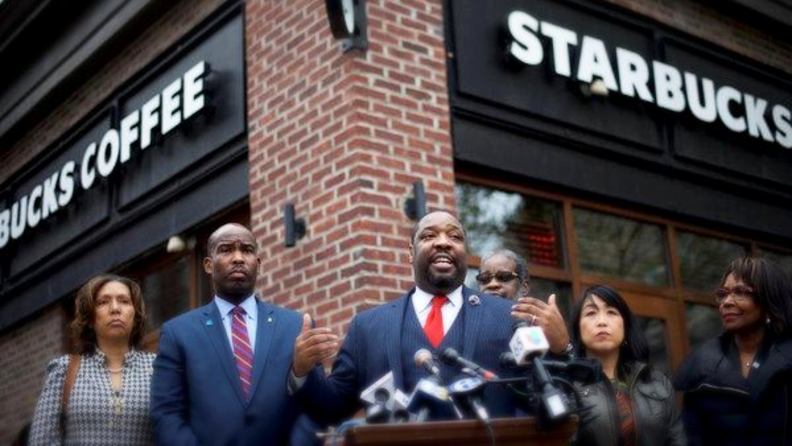