The Sri Lanka captain got two suspension points and was fined 100 per cent of his match fee.

The points equate to a ban from one Test or two ODIs or two T20Is, whatever comes first for the player, Chandimal will now miss the day/night Barbados Test.

Explaining the decision Srinath said he had reviewed the images carefully.

He commented: "Dinesh took something from his pocket and put it into his mouth. After sucking or chewing whatever he put in his mouth for a few seconds Dinesh then proceeded to spit on his finger and polish the ball with his saliva which would have contained the residue of the artificial substance that he had in his mouth, on two separate occasions."

The referee also said that Chandimal had been less than convincing in his defence.

"During the hearing, Dinesh admitted to putting something in his mouth but couldn't remember what it was, which I found unconvincing as a defence," he said.

At the time of the incident Chandimal denied charges when they were filed by on-field umpires Aleem Dar and Ian Gould, and third umpire Richard Kettleborough.

There were concerns that the Test match was in jeopardy when Chandimal refused to lead his team onto the field for the continuation of the Windies first innings after he was informed of the charge by the umpires and the application of a five-run penalty. 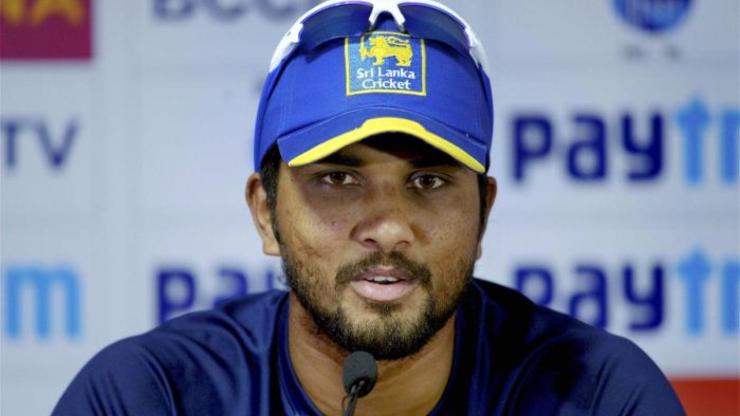 Sri Lanka captain Dinesh Chandimal has been suspended for the third and final test against West Indies after being found guilty of changing the condition of the ball in the second test, the International Cricket Council (ICC) said. Chandimal was charged during the test in St Lucia after video evidence indicated that he was taking sweets out from his pocket, putting them in his mouth, before applying saliva to the ball within the space of a few seconds.

"It is clear that Dinesh Chandimal applied an artificial substance to the ball, namely saliva containing the residue of something he had in his mouth, an action which is prohibited under the ICC Code of Conduct," said match referee JavagalSrinath after the judgement.

The player was suspected of using saliva and a sweet to tamper with the ball and give it more spin after television images picked it up.​