The Brazilian Football team which has been a favorite for all seasons of football has decided to ditch the yellow shirt that had long been a mark of identity of the team. The yellow and green shirt- made famous by Pele, Ronaldo and many others has become a symbol of a divided Nation. The shirt has become stained with political meaning since 2014 when the colors were used by various political contestants. Eight years ago, millions of Brazilians took to the streets to protest against the then President, Dilma Rousseff, dressed in the colors of the Flag as they demanded the left-winger’s impeachment. In 2018, the colors were gain used by the current President, Jair Bolsonaro.

This year political battle is symbolized with green, yellow and blue colors with people using them to accentuate their political preferences. So, the colors are now being assigned to any prospective political aspirant and hence, their usage is linked to being as the supporter of a particular candidate. Green and yellow shirt has become symbolic and reflective of Bolsonaro’s regime & people are no longer supportive of his policies and hence, the shirt also suffers the same fate.

Brazil is facing a worst kind of political confrontation and with incidences of supporters being killed. Marcelo Aloizio de Arruda, a supporter of former president and left wing candidate Luiz Inacio Lula de Silva was shot dead at his 50th Birthday party, allegedly by a police officer shouting in support of right wing President Bolsonaro. Before he died, Mr. Arruda retaliated and shot his alleged attacker-who spent some time in Hospital before being sent to prison, where he awaits trial.  There are several other incidences of supporters clashing and attacking each other. If ex-President Lula wins the election, he hopes “the shirt will re-unite us and symbolize true love of our country, not a political party.”Left wing candidate Lula has focused on “reclaiming” the flag. Several of his supporters such as singer, Ludmilla, International Star Anitta & Rapper Djonga have made it a point of wearing the shirt during their performances.

Brazilian election scene is so tense that wearing a yellow shirt might lead to intense clashes & attacks. Once an icon of unity and luck, the association of the shirt with Brazil’s far right has led football fans to give up on it. The political associations have tainted the shirt once symbolic of victory and freedom. The football jersey was an icon of pride and prestige for the scores of Brazilian football fans. The current President along with his supporters has turned the yellow jersey into a political campaign and a symbol of their political party.

The National Football Governing body along with a newspaper launched a competition to design a new uniform for the National side, the condition being new kit should have the colors of the National Flag as the current did not carry the idea of “Brazilian nationality”. 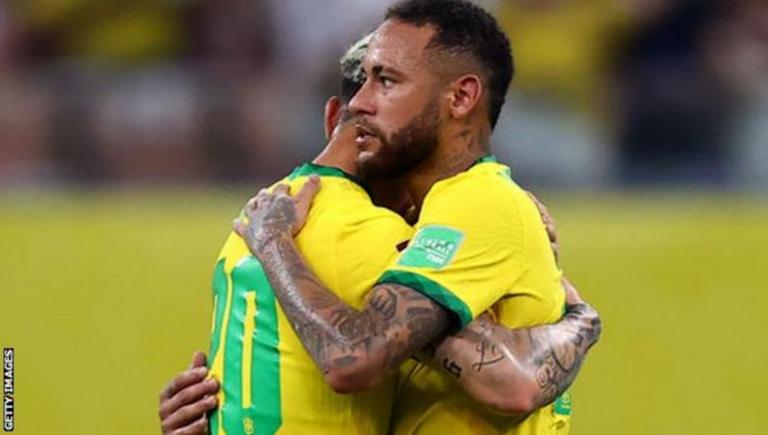