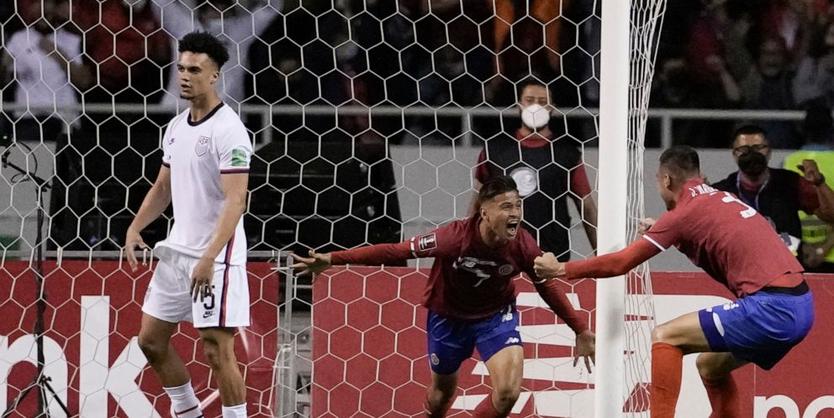 The United States men are returning to the World Cup after missing the 2018 tournament clinching a berth for this year’s championship in Qatar despite a 2-0 loss to Costa Rica on the final qualifying event. Juan Pablo Vargas got behind Walker Zimmerman and headed Brandon Aguilera’s corner kick past goalkeeper Zack Steffen in the 51st minute and Anthony Contreras knocked in a cross off a scramble in the 59th after Steffen couldn't hold onto a free kick.

A  crowd of about 35,000 in National Stadium was present to witness the clash between the titans but the Americans' 5-1 rout of Panama at home last weekend gave them a huge goal-difference margin over Costa Rica. That meant the U.S. merely had to avoid losing by six goals or more in order to claim an automatic berth by finishing among the top three nations in North and Central America and Caribbean.

Canada had clinched its first World Cup trip since 1986 with a win and finished first with 28 points after a 1-0 loss at Panama ahead of Mexico on goal difference. El Tri moved ahead of the U.S. and clinched its eighth straight World Cup, while the U.S. finished third with 25 points and a plus-11 goal difference. Costa Rica was fourth with 25 points and plus-five and the Ticos will meet Oceania champion New Zealand in a one-game playoff in June for a berth in the 32-nation field.

While the U.S. won six of seven home games with one draw it finished with one victory, three losses and three ties on the road. The Americans have never won a qualifier in Costa Rica losing 10 and drawing two. The U.S. will find out at the draw which three nations it will face in the group stage which starts Nov. 21 at a tournament pushed back five months to avoid summer desert heat. A growing and increasingly hypercritical fan base is hoping to see Christian Pulisic & Co. reach the quarterfinals for the first time since 2002.