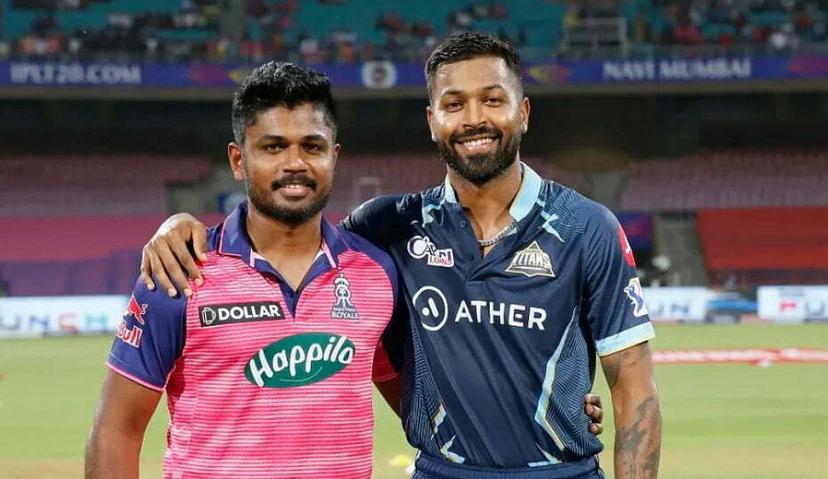 Gujarat Titans on Sunday won their maiden Indian Premier League title after beating Rajasthan Royals in the final at the Narendra Modi Stadium in Ahmedabad. Needing 131 runs to win, GT chased down the target with seven wickets and 11 balls to spare. Shubman Gill scored an unbeaten 45 while David Miller also contributed with a 19-ball 32. Earlier, Hardik Pandya starred with the ball as GT managed to restrict RR to total of 130 for nine and took 3 wickets at a score of 17 runs. While R Sai Kishore also took two wickets. For RR, Jos Buttler top-scored with a 35-ball 39. Initially, RR had won the toss and elected to bat. David Miller and Shubhman Gill stood as pillars of strength for their team batting to the score of 32 and 45 respectively.

This was a dream come true for Gujarat Titans who registered their maiden IPL win against strong contenders Rajasthan Royals. Hardik Pandya was undoubtedly the scene stealer with noteworthy performance and superb bowling, putting his side into a league ahead of its competitors. Rajasthan Royals also bowled their hearts out and put up a brave fight against the Gujarat Titans. Gujarat Titans finished the entire chase in 18.1 overs and performed brilliantly in batting as well as bowling. Hardik Pandya was the man of the match with his expertise in batting & bowling, Gujarat Titans lifted the trophy due to their unbreakable spirit and unmatched performance.

Meanwhile from Rajasthan Royals, Trent Boult and Prasidh Krishna knocked the gas out of Wriddhiman Saha and Matthew Wade of Gujarat Titans because of their superb bowling. Hardik and Gill struggled to get the boundaries but nevertheless managed as the opposition could not put up a strong defense.

IPL Final 2022 : Clash of The Titans Vs The Royals