Punjab Police on Saturday claimed that they have solved the murder case of kabaddi player Sandeep Nangal Ambian who was shot dead during an ongoing Kabaddi match in Jalandhar’s village Mallian on March 14. The police have booked over a dozen persons including five shooters and another person who provided shelter to them. According to the police the shooters were arranged on the direction of a Canada-based accused named in the FIR, Snover Dhillon. Police said that they have identified the shooters who are from Punjab and other states but did not reveal their names. The 4 persons who were arrested were identified as Fateh Singh alias Yuvraj, Kaushal Chaudhary, Amit Dagar and Simranjeet Singh alias Jujhar Singh who is a gangster from Uttar Pradesh’s Madhopur Pilibhit.

The police have also nominated three main conspirators identified as Snover Dhillon, a native of Amritsar and currently residing in Brampton, Ontario, Canada and is a producer and director at Canadian Sath TV and radio show. The other two are Sukhwinder Singh alias Sukha Duneke alias Sukh Singh who also resides in Canada and Jagjit Singh alias Gandhi who lives in Malaysia.

As per police sources, Snover Dhillon was a coordinator and assistant for Patrick Brown, currently the mayor of Brampton belonging to Conservative Party of Canada. Dhillon has a criminal record in Canada and has already been convicted for fraud there, said a senior police officer. Director General of Police (DGP) Punjab, VK Bhawra on Saturday said that after a thorough investigation and based on information Fateh Singh was brought on production warrant.

“During interrogation Fateh disclosed that Snover Dhillon had formed “National Kabaddi Federation of Ontario” and tried to convince different players to join his federation. However, most of the renowned players were associated with “Major League Kabaddi Federation” which was managed by Sandeep, rendering Snover’s federation unsuccessful. Fateh also admitted that he had pressurized some players to join Snover’s federation,” said DGP.

SSP Jalandhar Rural Satinder Singh said that Fateh confessed that following the instructions from Snover he along with Amit Dagar, Kaushal Chaudhary, Jagjit Singh, Lucky Patiyal and Sukha Duneke had arranged shooters to kill Sandeep. Fateh had revealed that Simranjeet alias Jujhar on the directions of Sukh Duneke had provided a hideout for shooters at the house of his relative, identified as Swaran Singh at Pritam Enclave in Amritsar.

The police have recovered 18 live cartridges and 12 bore rifle from Swaran’s house. Sandeep’s family finally got the post-mortem of his body done and cremated him on Saturday after the police revealed that they had made headway into the case. Before cremation his last journey procession was first taken to the ground of his alma mater, the government school of his village Nangal Ambian, where he had started playing kabaddi. The cremation was attended by of a large number of grieving fans and people of the Kabaddi World. His parents, wife, two sons and other family members were present along with several relatives. The family had earlier refused to cremate the body until the accused were arrested.

“The people who killed this pure soul will never be in peace and we only pray to god that their families must pass through such pain in which we are passing through today,” said Jatinder Singh, a fan of Sandeep.“He was our hero and we can never forget his continuation to kabaddi as well as towards the players like us who also want to create a name in the kabaddi world by playing a fair game without indulging in any illegal trade under garb of this game,” said a budding kabaddi player Amanpreet Singh.

Canada based man behind the intentional murder of Kabaddi player Sandeep 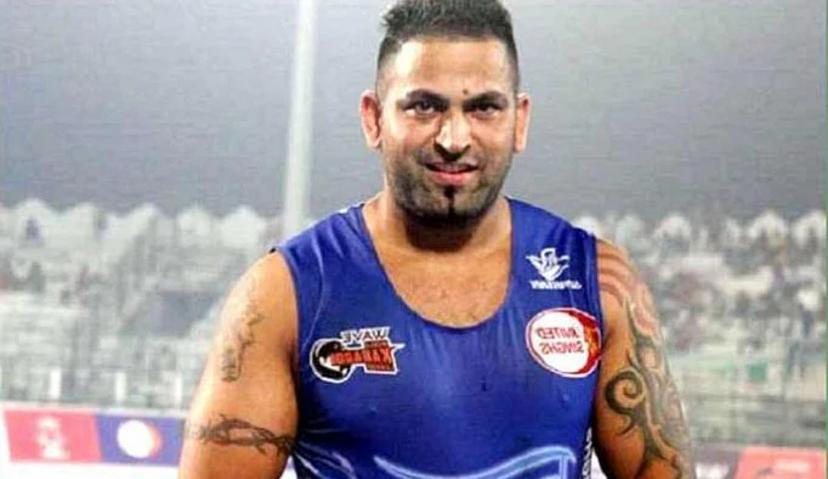