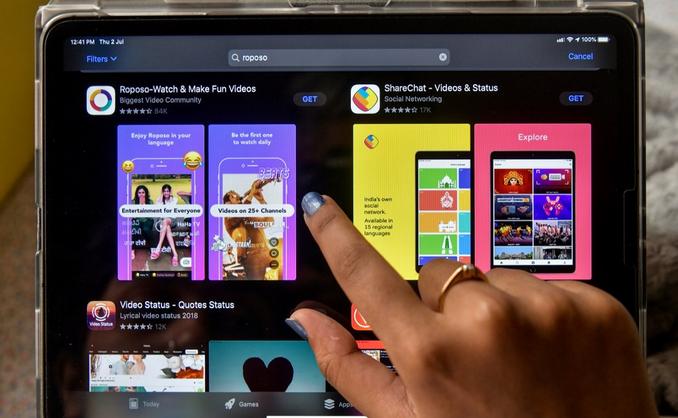 Indian regional social media company, ShareChat, has welcomed the government’s move to ban 59 Chinese apps in the country. The ban includes Helo, an app owned by Chinese Bytedance, which is a direct competitor to ShareChat and had amassed 50 million monthly active users by June last year.

"This is a welcome move from the government against platforms that have had serious privacy, cyber security and national security risks. We expect the government to continue their support for the Indian startup ecosystem" said Berges Malu, Director, Public Policy, ShareChat.

The Twitter-backed company has over 60 million monthly active users and is valued at between $600 and $650 million. The government’s move could actually be of huge benefit to Sharechat. The list also includes TikTok (owned by Bytedance) and Likee (owned by Singapore-based Bigo Technologies), both of which have a similar target user base as Sharechat. All these platforms get the lion’s share of their user bases from tier II and tier III areas of the country.

The government’s list also includes names like UCBrowser and UCNews, both of which are owned by the AliBaba Group. Tencent owned WeChat has also been banned, and two of smartphone maker Xiaomi’s apps — Mi Video Call and MI Community — are also on the list. While the government’s list does say Mi Video Call, Xiaomi doesn’t actually have an app by that name here, so it’s likely that the Mi Video app, which is a video aggregation platform, has been banned.

The Ministry of Electronics and Information Technology (MeitY) cited security concerns in banning these apps.