We met the knowledgeable commentariat Sanjay Manjrekar. He shared with Herald Global with his evolution from a cricketer to a commentator.

We began with asking him about how the life of a commentator evolved in the last couple of years. The legendary Sanjay Manjrekar replied saying that earlier it was just about watching the game and giving your opinions and now it was transformed into a creative job which is about enhancing the whole coverage providing the action the right audio support. He believes that a commentator has to provide an experience to a viewer rather than a cricketer.

On being asked about selecting commentary after cricket he explained that he did not choose it but the opportunity came to him. He said he wouldn’t say he was gifted but he is naturally good at it.

With curiosity we asked him about his book Imperfect. He was more than happy to share and speak about the book. He told Herald Global that the book is about choosing the wrong thing and push yourself to work harder on it creating an imperfection. He believes that is the imperfect in the perfectionist.

As we all know that he has witnessed many legendary matches and cricketers, we wanted to know what is the major difference according to him then and now. He smiled and said that earlier there was only one format to focus on but now with the introduction of two more formats, there some exceptional players who have been focused from the earlier times.

Sanjay Manjrekar has been known to be honest in his opinions and views and biased in comments. We wanted to know why he is biased. He calmly said that being biased is not his agenda and its his nature to be opinionated but as a commentator he wishes to tone it down now.

We wanted to know about his source of inspiration. He told us that it has obviously been Sunil Gavaskar as he is his commentator mentor and otherwise he is obsessed with Kishore Kumar. He also dreams about Kishore Kumar singing.

Finally, we asked him advice for the aspiring youth who wish to join the National Cricket Team and he says follow Virat Kohli. Virat Kohli according to him the best batsman to follow as he strategically plans his shots as per the formats and Jasprit Bumrah as a bowler. He is of the opinion that Bumrah is a quick learner and intelligent cricketer.

He finally says that many coaches will advise with at the end an individual need to study their own game and play accordingly.

We would like to specially thank Pop Ups by Devika Manjrekar. 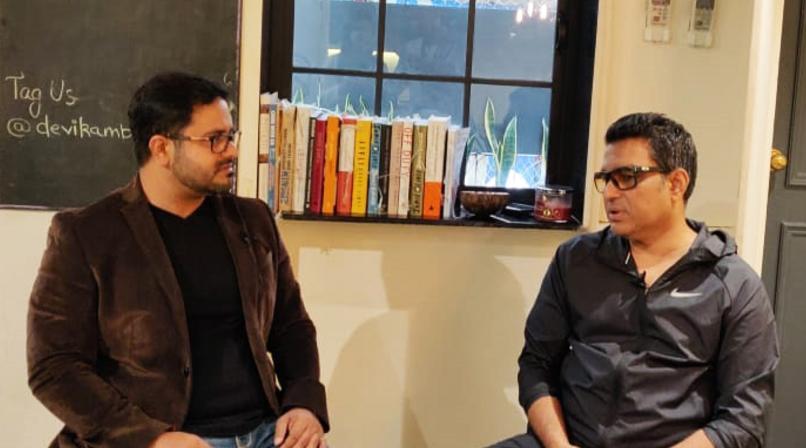 Sanjay Manjarekar, "I am an opinionated person" explains Industry's No. 1 Superlative Cricket Analyst.