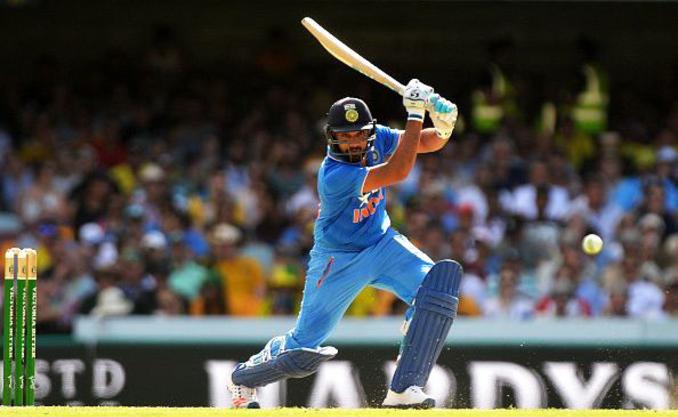 The 31-year-old Rohit completed the milestone in his 206th ODI appearance and is joint third fastest to the milestone along with former India captain Sourav Ganguly.

The opener scored his 41st half-century at the Feroz Shah Kotla in Delhi as he crossed 8000 ODI runs. Rohit has taken 200 innings to do so, which is the joint third fastest with Ganguly and behind AB de Villiers and Virat Kohli. Rohit got to the landmark while batting for India in New Delhi during their fifth and final ODI against Australia.

In the fourth ODI in Mohali, Rohit surpassed MS Dhoni as the player to record for most ODI sixes for India. The 31-year-old also joined Sachin Tendulkar and Dhoni in an elite list of Indian cricketers to have amassed 3000 ODI runs on home soil. He became the ninth Indian batsman to reach the milestone. The other eight Indian cricketers include Tendulkar, Dhoni, Virat Kohli, Yuvraj Singh, Rahul Dravid, Sourav Ganguly, Mohammad Azharuddin and Virender Sehwag.

India staged a decent comeback to restrict Australia to 272 for nine after Usman Khawaja continued with his imperious form by hitting his second hundred of the series in the decisive fifth ODI in Delhi after the visitors opted to bat. Bhuvneshwar took three wickets for 48 runs while Ravindra Jadeja (2/45) and Mohammed Shami (2/57) accounted for two batsmen each as Feroz Shah Kotla turned out to be a low and slow track.

Australia got Shikhar Dhawan and Kohli out early and made steady headway into the Indian innings. While Rohit crossed his 41st half-century, he was running out of partners and soon, he fell rather ungainly to Adam Zampa with his bat flying out of his hands and Alex Carey stumping him.

India’s chase was briefly revived by Kedar Jadhav and Bhuvneshwar Kumar who put up a 91-run stand for the seventh wicket. However, both were dismissed off successive deliveries by Pat Cummins and Jhye Richardson and India eventually lost the match by 35 runs.​ 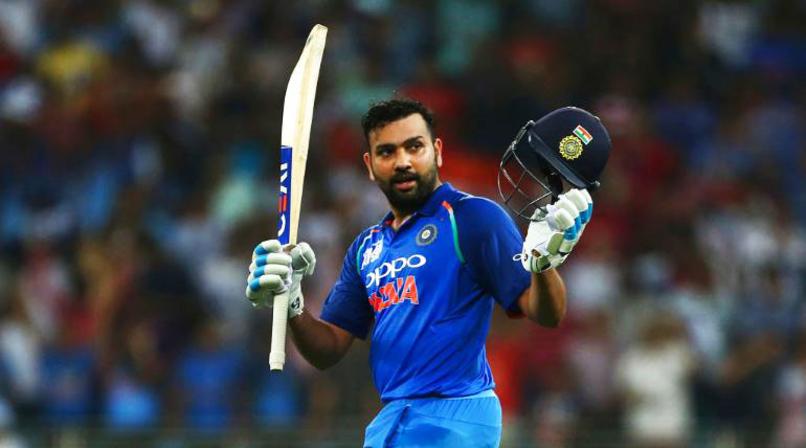