As the Covid situation rose in India all the shoot procedures had to be halted and most of the actors of the daily soap industry were jobless. But thanks to the new age shoot at home videos and shoots abroad with a micro unit have been successful and the process of regular shooting has begun again. Many regular faces of the TV industry like Shehnaaz Gill, Late Siddharth Shukla, Shaheer Shaikh, Hina Khan, Ravi Dubey and Sargun Mehta, Dheeraj Dhoopar, Prince Narula and Yuvika Chaudhary, Harshad Chopra and Erica Fernandez, Asim Riaz all have appeared in several music videos and albums. This has been the trend of the season uptill now and has provided the much needed break from the regular mould of the industry.

The 90s trend has returned with the TV actors making appearances in the singles. Also these are a short term commitment so many popular faces of the telly are opting to sign them. Various genres of the songs were being made like ’Tu bhi sataya jaega’ is a sad and vindictive song featuring Jasmin Bhasin and Aly Goni. Likely “Galat ho riya hai” is a song of deceit and false love featuring Rubina Dialik and Paras Chhabra. So many Bigg Boss contestants have made their way into these music videos like Siddharth Shukla, Shehnaaz Gill, Rubina Dilaik, etc.

Ravi Dubey and Sargun Mehta shocked everyone by shooting a music album at home directed by Ravi Dubey himself and based on a couples abusive relationship.

Well this trend may continue for the benefit of the viewers and the actors, leaving the audiences with a pleasant experience. 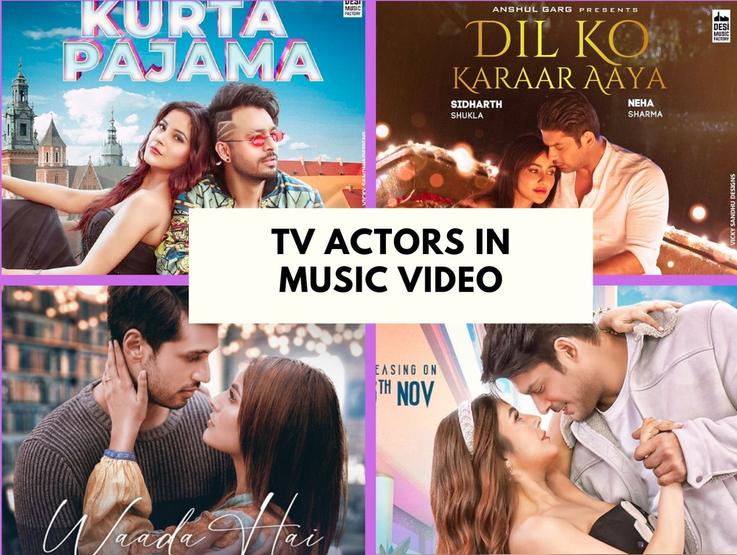