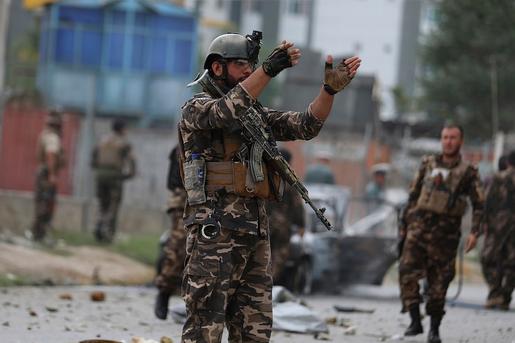 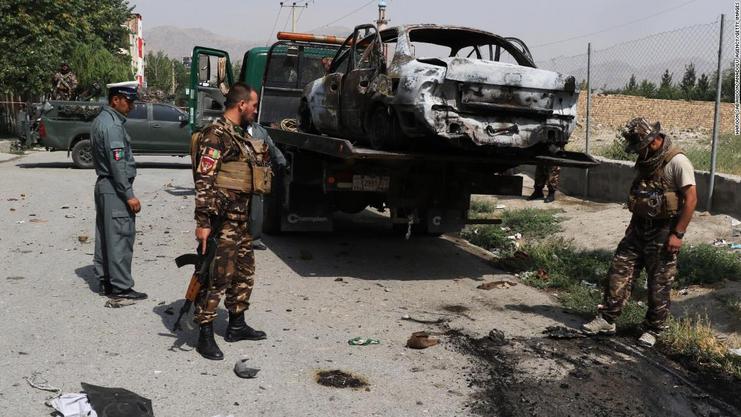 Three rockets landed in two different areas near the presidential palace in Kabul, Afghanistan, as President Ashraf Ghani joined other high ranking officials for prayers to mark the Muslim holiday of Eid al-Adha.

Images shown on national broadcaster Tolo TV showed Ghani and the group calmly continuing their prayers at the outdoor palace gathering as security guards rushed from the crowd.

The three rockets were fired around 8:30 a.m. local time from Kabul's police district 4, landing in police districts 1 and 2, near the presidential palace compound, the Ministry of Interior Affairs said Tuesday. There were no casualties, it said. A spokesman for Abdullah Abdullah, an Afghan official who leads the High Council for National Reconciliation, said the rockets attack landed "very close."

A similar incident previously happened during Ghani's inauguration in March 2020, when the ceremony was disrupted by the sound of two rockets hitting the edge of presidential palace compound.

The Taliban has been steadily gaining control across the country as US and NATO troops near the completion of their withdrawal.

According to the Long War Journal, which tracks territorial control in Afghanistan, the Taliban has more than tripled the number of districts it controls (from 73 to 221) since US President Joe Biden announced the withdrawal of US forces on April 14.

The fighting has surged since the announcement, leaving tens of thousands of civilians displaced across the country.

Earlier this month, Biden announced that the military drawdown would be finished by the end of August, weeks ahead of schedule. That process is now more than 95% complete, according to US Central Command.

The Taliban's quickening advance across the country is raising concerns about the future of the war-torn nation. Biden has however, staunchly defended his decision to end the war there, saying this month that no amount of sustained presence in the country could resolve its problems and that it was up the Afghans to defend their country.

Around 11,000 Afghan special forces -- who are US-trained and better equipped than regular units -- are becoming increasingly stretched thin as the Taliban steps up attacks across the country. Without US air support or intelligence gathering, their mission has become more challenging.

Recent US intelligence assessments have suggested the country's civilian government could fall to the militant group within months of US forces withdrawing. Austin Scott, the top US general there, warned Tuesday that the worsening violence could lead to civil war.

Last week, Taliban fighters killed 22 members of the Afghan special forces as they tried to surrender. The executions stand in stark contrast to the Taliban's efforts to show it is accepting the surrender of soldiers.

In a statement, the Taliban said "thousands of soldiers" had "defected and embraced the open arms of the Islamic Emirate," which it claims is the true leadership of the Afghan people.

On Monday, 15 diplomatic missions and the NATO representative in Kabul called for an urgent end to Taliban's ongoing military offensive, calling it one that "thwarts efforts to arrive at a negotiated solution to the conflict and harms and displaces the civilian population." The communique was issued shortly after the militant group and the Afghan government failed to agree on a ceasefire at talks in Doha. 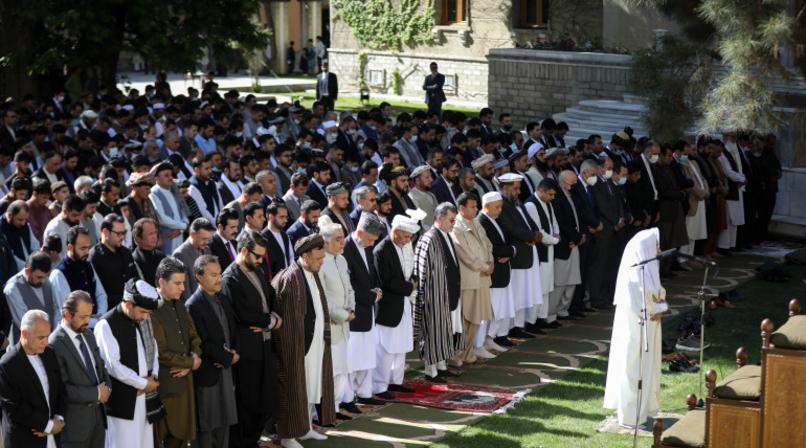