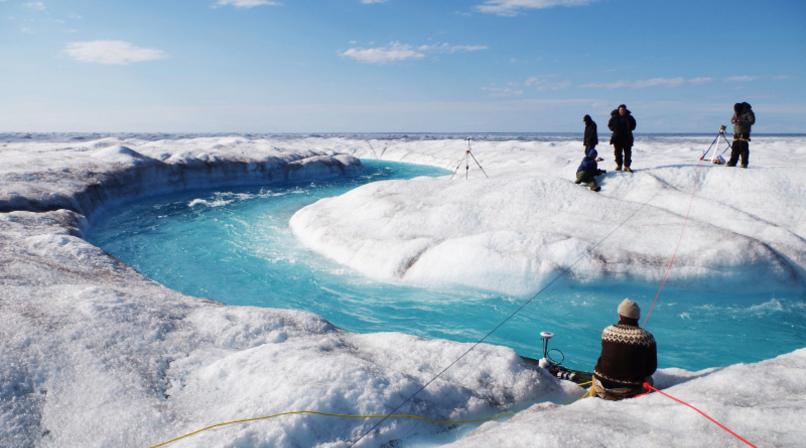 “As a rule of thumb, for every centimetre rise in global sea level another six million people are exposed to coastal flooding around the planet,” said Professor Shepherd.

In 2013, the Intergovernmental Panel on Climate Change (IPCC) predicted that global sea levels will rise by 60 centimetres by 2100, putting 360 million people at risk of annual coastal flooding. But this latest research shows that Greenland’s increasing ice sheet loss is in line with the IPCC’s high-end climate warming scenario, which predicts another 7 centimeters of rise.

The current trends indicate that the accelerated Greenland ice melt will mean that 400 million people in total will experience sea level rise by the end of the century, Shepherd said.

“These are not unlikely events or small impacts; they are happening and will be devastating for coastal communities,”

The study further employed regional climate models to show that half of the ice losses were due to surface melting caused by rising air temperatures; the other half due to increased glacier flow triggered by rising ocean temperatures.

Intense surface melting in 2011 caused ice losses to peak at 335 billion tonnes that year — ten times the 1990s rate. But the average 238 billion tonne ice loss in the seven years since could rise by the end of 2019, an exceptional year for summer melting in Greenland that could set a new high.

Guofinna Aoalgeirsdottir, professor of glaciology at the University of Iceland and lead author of the IPCC’s sixth assessment report, but who was not involved in the study, said:

“The IMBIE Team’s reconciled estimate of Greenland ice loss is timely for the IPCC. Their satellite observations show that both melting and ice discharge from Greenland have increased since observations started.”

He added that very high ice mass loss in his native Iceland this year could replicate the study’s findings on the island that Donald Trump famously expressed interest in purchasing.

“I would expect a similar increase in Greenland mass loss for 2019,” he said.

The fluctuations between glacial and interglacial states are driven by changes in Earth's orbit around the sun - called Milankovitch Cycles - that change the amount of incoming solar radiation called insolation. Because the major changes in Earth's ice masses occurred in the Northern Hemisphere where much of the Earth's land surface presently resides, it is hypothesized that high-northern latitude, or boreal, summer insolation was the most important forcing of the glacial-interglacial cycle. Ice sheets respond to both changes in precipitation (snow) and summer temperature with cold, wet conditions favoring ice growth and warm, dry conditions ice retreat. Ice sheets seem to mainly respond to changes summer temperature, which is what is affected by the Milankovitch cycles, with precipitation playing a lesser role in governing the growth and decay of ice.

The geologic record of ice-sheet retreat for the last deglaciation and last interglaciation permits several conclusions on the past behaviour of ice sheets in a warming climate. Terrestrial ice sheets responded to climate warming rapidly, with no significant lag between initiation of warming and ice margin retreat. That said, their retreat has proven to be more gradual, or linear, suggesting that land-based ice is not necessarily prone to ice-sheet scale abrupt collapses even under climates warmer than present. In contrast, marine ice sheets have demonstrated non-linear responses to past climate warming, such as the significant lag between the onset of AIS retreat and Antarctic warming during the last deglaciation, but early collapse of the WAIS during the last interglacial. Despite these differing styles of behaviour, both terrestrial and marine ice sheets contributed meters of sea-level rise on the time scale of centuries in response to past climate warming. 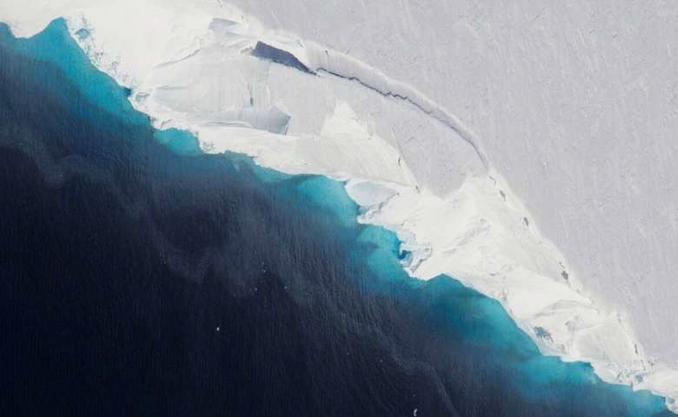 A team of 96 polar scientists from 50 international organisations have produced a revealing picture of long-term Greenland ice loss.

Combining 26 surveys and data from 11 different satellite missions to quantify shifts in Greenland’s ice sheet — smaller only than Antarctica’s and covering roughly 80% of the world’s largest island — the study is the most comprehensive look at the ice sheet’s changing volume, flow and gravity across recent decades.

Known as the Ice Sheet Mass Balance Inter-comparison Exercise (IMBIE), the work was led by Professor Andrew Shepherd at the University of Leeds and Dr Erik Ivins at NASA’s Jet Propulsion Laboratory in California, with support by the European Space Agency (ESA) and NASA.

“While computer simulation allows us to make projections from climate change scenarios, the satellite measurements provide prima facie, rather irrefutable, evidence,” Ivins said of the state-of-the-art study. “Our project is a great example of the importance of international collaboration to tackle problems that are global in scale.”

The faster than expected ice loss will make tens of millions more people vulnerable to sea level rise by the end of the century, according to the study’s authors.