“History tells us that Christians too, including Catholics, are not strangers to such evil,” Francis said. “I would like to ask your forgiveness for this. I ask forgiveness — in the name of the church and of the Lord — and I ask forgiveness of you, for all those times in history when we have discriminated, mistreated or looked askance at you.”

This was his first trip to Romania — and the first by a pontiff since John Paul II visited 20 years ago — and Francis sought to mend relations between the Roman Catholic and Eastern Orthodox churches. He also took the opportunity to advocate for millions of Romanian emigrants, to hearten the country’s small Catholic population and to again position himself as a counterbalance to the tip toward nationalism around the world.

That effort became clear in a news conference on the flight back to Rome, when he was asked by reporters about the European parliamentary elections in which nationalists, including Italy’s Matteo Salvini, the leader of the far-right League party, scored large gains in the heart of Western Europe.

Francis implored Catholics to pray for the future of European unity, and for nonbelievers to desire it “from the bottom of your hearts.”

“If Europe does not look carefully to future challenges, Europe will dry up,” he warned, saying that the European Union “has aged” and that “someone could ask under their breath ‘Is this perhaps the end of a 70-year adventure?’”

The Pope said, “Europe is not being attacked by cannons or bombs at this moment but by ideologies,” but he recalled the blood baths of World War I and II and urged that the world “not return to this.”

“Let’s learn from history,” he said. “Let’s not fall in the same hole.”

The pope has consistently warned against the increasing fear-mongering and blaming of migrants and the Roma, who are often called Gypsies by their detractors, among them Mr. Salvini. He has formed alliances with traditionalists in the Vatican who applaud his antagonism to Muslim migrants and his laments about the erosion of the church’s influence on social issue.

Francis, speaking on the plane, warned that the church’s exponents of that view were backward-looking.​ 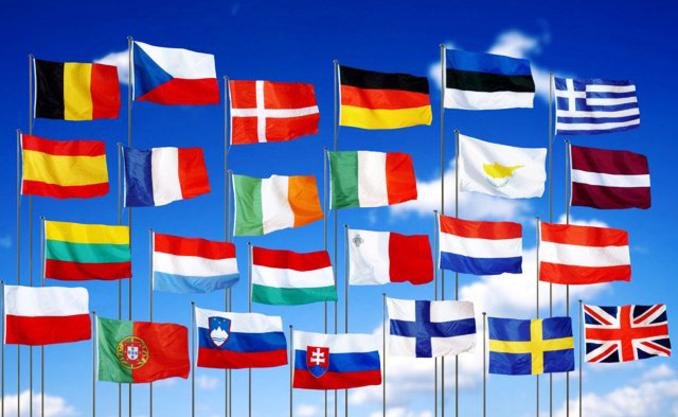 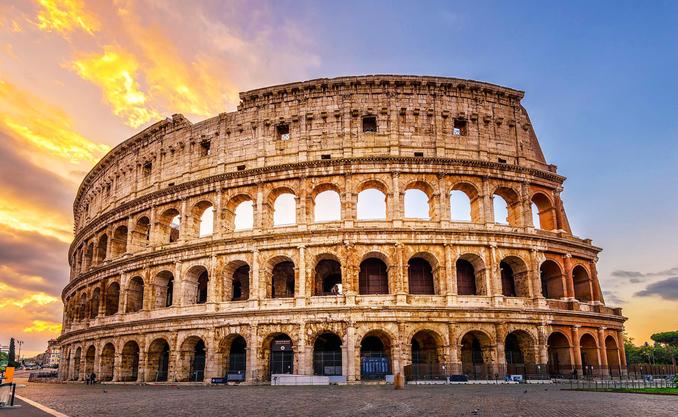 There are about 12 million Roma in Europe — “We are the migrants of Europe, in Europe,” Mr. Draghici said — and advocates have expressed concern about the rise in nationalism across the Continent. In March, Roma were attacked on the streets of Paris after false rumors spread on social media and messaging apps about attempted child abductions.

The roughly 200,000 Roma in Italy have also come under attack. While some Roma have roots in the country going back to the Middle Ages, others came to Italy from the former Yugoslavia to escape war in the 1990s. Many are Italian citizens.

Mr. Salvini, the country’s interior minister, has made the Roma a target. He has called for a census of Italy’s Roma to expel those without citizenship, raising alarms for critics who call it ethnic profiling and say it is unconstitutional.

“We’ll have to keep the ones who are Italian,” Mr. Salvini said last year. “But everyone else will have to go.”

Mr. Salvini’s barbs closely matched those of neo-fascist groups that have an intense antagonism toward the Roma and that exalt Benito Mussolini, the Italian dictator who sent at least a half-million Roma people to die in Nazi death camps.

Over recent weeks, violent protests against Roma in Italy prompted Pope Francis to invite more than 500 Roma to meet him at the Vatican, where he told them they had his respect.

That is a message that resonated with some Roma on the outskirts of Bucharest.

“We have to help one another,” Nelu Bou, 60, said, surrounded by grandchildren in the narrow hall of his cluttered cinder-block home.

Across the street, Marian Dumitru, 47, stood in his tiny living room, where campaign hats from the governing Social Democratic Party adorned a large teddy bear and stacks of the party’s fliers towered on a desk. “It’s for heating the house,” he said of the leaflets, gesturing toward a furnace in the corner of the room.

“I am a man of God,” he said, adding that the pope “has come to bless all Romanians.”

After Francis’ remarks on Mr. Draghici, the musician, said he had done just that.

“This will make a difference,” he said. “At least for us." 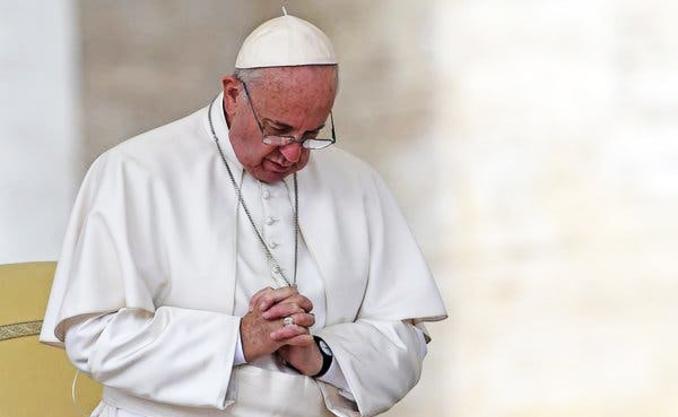 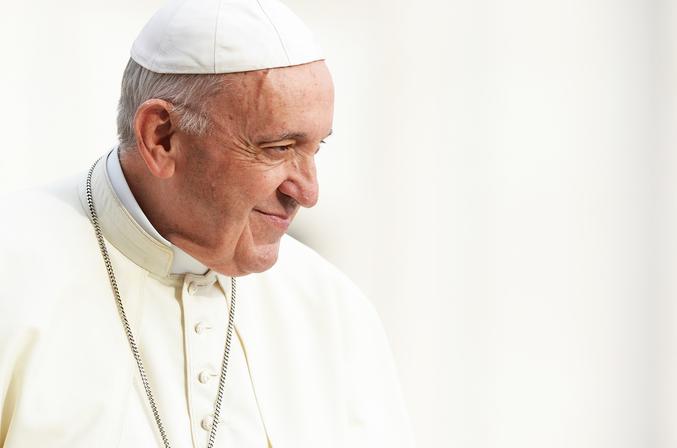 “Tradition is the guarantee of the future and not the container of the ashes,” the pope said. He said that “the tradition of the church is always in movement” and that “the nostalgia of the fundamentalists is to return to the ashes.”

Earlier in the day, before an enormous crowd in a field outside Blaj, Francis focused on the oppression that Catholics themselves endured under communism.

Presiding over the beatification of seven bishops who died decades ago under Romania’s communist government, Francis warned that “today, too, we witness the appearance of new ideologies that quietly attempt to assert themselves and to uproot our peoples from their richest cultural and religious traditions.”

The communist regime outlawed the Greek Catholic Church and forced Greek Catholics to join the Orthodox Church. Many were imprisoned for refusing to do so, including the seven bishops — Valeriu Traian Frentiu, Vasile Aftenie, Ioan Suciu, Tit Liviu Chinezu, Ioan Balan, Alessandru Rusu and Iuliu Hossu — beatified on Sunday, who were arrested and jailed between 1950 and 1970.

Communists also seized Catholic property and gave it to the Orthodox Church, which has yet to return much of it, creating lingering tensions even decades after the fall of communism.

But during his visit, Francis, over an Eastern-rite liturgy for the first time as pope, repeatedly urged unity and the rejection of “new ideologies.”

Advocates for Roma welcomed his message.

Florin Botonogu, president of the Policy Center for Roma and Minorities, speaking from an office in Bucharest, said he hoped attention from the pope would generate momentum to support Roma.

“We need this support, especially when the rightist movement is growing in Europe,” he said, noting the recent violence and discrimination against Roma, particularly in Italy. “It’s important that the pope says, ‘Look, this issue is important to me.’”

Other advocates also expressed hope that Francis’ visit would help.

Damian Draghici, a Roma musician who became an adviser to the Romanian government on Roma affairs and who was later elected to the European Parliament, said the pope’s words of encouragement can make a difference of 10 years of work for someone in the European Parliament or somewhere else, because he is such a huge personality.

“We are still the most oppressed minority in Europe,” he said.

Pope Francis at Bucharest, on the last day of his trip to Romania asked for forgiveness on behalf of his church for the suffering endured by the Roma people, saying “his heart was weighed down by the many experiences of discrimination, segregation and mistreatment they have experienced.”

Roma people have faced persecution in Europe for centuries. Hundreds of thousands are thought to have been killed during the Holocaust. 'You're a Gypsy - are you leaving school? Violent protest in Italy after Roma families moved.

Nowadays Roma live mainly in southern and central Europe, and make up an estimated 8% of Romania's total population. They complain they struggle to get work because of discrimination, and many live in poverty.

The Pope offered the apology at a newly consecrated church in a poor neighbourhood of Blaj, a city in Transylvania, where a priest of Roma ethnicity welcomed him ‘to the periphery of the peripheries.’