Former US President Barack Obama’s memoir, “A Promised Land” is giving fodder to domestic politics in many countries including India. The book that covers the first term of Obama as the US president during 2008-12 showers praise on former Prime Minister Manmohan Singh as Obama recalls his conversations with the “man with uncommon wisdom” who appears “holy” to “the Western eye”.

Obama gives an account of his India tour in 2010 in his book. Manmohan Singh was the prime minister back then. Obama writes, “Manmohan Singh, the prime minister of India, meanwhile, had engineered the modernization of his nation’s economy. A gentle, soft-spoken economist in his seventies, with a white beard and a turban that were the marks of his Sikh faith but to the Western eye lent him the air of a holy man, he had been India’s finance minister in the 1990s, managing to lift millions of people from poverty.”

Showering high praise on Manmohan Singh, Obama tells his readers: “For the duration of his tenure as prime minister, I would find Singh to be wise, thoughtful, and scrupulously honest. Despite its genuine economic progress, though, India remained a chaotic and impoverished place: largely divided by religion and caste, captive to the whims of corrupt local officials and power brokers, hamstrung by a parochial bureaucracy that was resistant to change.”

Obama sees India as chaotic political nation with economy as the high point. He writes, “In many respects, modern-day India counted as a success story, having survived repeated changeovers in government, bitter feuds within political parties, various armed separatist movements, and all manner of corruption scandals. The transition to a more market-based economy in the 1990s had unleashed the extraordinary entrepreneurial talents of the Indian people—leading to soaring growth rates, a thriving high-tech sector, and a steadily expanding middle class.”

“As a chief architect of India’s economic transformation, Prime Minister Manmohan Singh seemed like a fitting emblem of this progress: a member of the tiny, often persecuted Sikh religious minority who’d risen to the highest office in the land, and a self-effacing technocrat who’d won people’s trust not by appealing to their passions but by bringing about higher living standards and maintaining a well-earned reputation for not being corrupt.”

Obama talks about Manmohan Singh with a lot of warmth in his memoir. Talking about the challenges that Manmohan Singh felt during his tenure as India’s prime minister, Obama says, “Singh and I had developed a warm and productive relationship. While he could be cautious in foreign policy, unwilling to get out too far ahead of an Indian bureaucracy that was historically suspicious of U.S. intentions, our time together confirmed my initial impression of him as a man of uncommon wisdom and decency; and during my visit to the capital city of New Delhi, we reached agreements to strengthen U.S. cooperation on counterterrorism, global health, nuclear security, and trade.”

The following description in Obama’s book lays the foundation of his understanding of the linkage: “Although India had fared better than many other countries in the wake of the financial crisis, the global slowdown would inevitably make it harder to generate jobs for India’s young and rapidly growing population. Then there was the problem of Pakistan: Its continuing failure to work with India to investigate the 2008 terrorist attacks on hotels and other sites in Mumbai had significantly increased tensions between the two countries, in part because Lashkar-e-Tayyiba, the terrorist organization responsible, was believed to have links to Pakistan’s intelligence service.”

“Singh had resisted calls to retaliate against Pakistan after the attacks, but his restraint had cost him politically. He feared that rising anti-Muslim sentiment had strengthened the influence of India’s main opposition party, the Hindu nationalist Bharatiya Janata Party (BJP),” Obama writes in the book.

“In uncertain times, Mr. President,” the prime minister said, “the call of religious and ethnic solidarity can be intoxicating. And it’s not so hard for politicians to exploit that, in India or anywhere else.”

In an apparent comment on the rise of the BJP in post-Mumbai terror attack period, Obama writes, “Expressing hostility toward Pakistan was still the quickest route to national unity, with many Indians taking great pride in the knowledge that their country had developed a nuclear weapons program to match Pakistan’s, untroubled by the fact that a single miscalculation by either side could risk regional annihilation.” 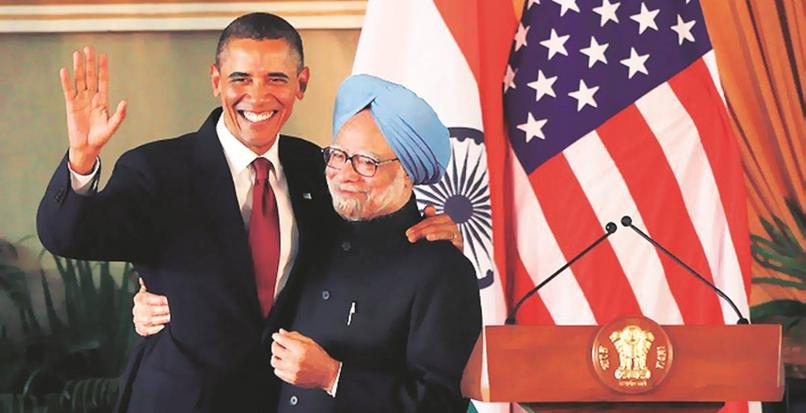