He further added that he got into textile and real-estate in a very small way and a couple of years down the line they were doing badly in both even he didn’t have money to run both. So he has to decide to sell one of his businesses but it was a difficult choice for him, suddenly he got a notice from the union of his textile unit saying they want a 100% increase in wages, due to this the decision got easy for him and he sold his textile unit. After that, there was no looking back for him since 1981 in terms of growth. He owes his success primarily to his father.

​According to Mr. Hiranandani, he has achieved a lot in terms of quality, commitment, and repeated customers. A large amount of his business is coming from the people who already have done business with him including cooperates who are coming back to him to do more and more business with him. So as per his point of view, it is a commitment to excellence to the customer and all the stakeholders who work with him and also the fact that one wanted to make products which were second to none.

As per Mr. Hiranandani, he just became competitive to himself to say that he will make the best that he could possibly think of and that is what Powai has been now followed by Panvel, Thane, and Chennai. All in all, they went through the rigorous process of growth but over a period of time they had grown teams from young to old and today they have very strong as well as the professional team and satisfied customers on a continuing basis. They will continue to meet all the challenges of the external and internal worlds. Mr. Hiranandani believes that the biggest challenge for him is himself only because he continuously wants to be better than what he was yesterday.

​When asked about his future goals for next five years by Mr. Sen, he answered with a very attitude that he will probably do at least 3 times the pace, which he has been doing in the last 15 years in next five years, that means the speed of construction, the volume of business, the improvement in terms of facilities that he provide to his customers and clients should be at least multiply by 3. It is very exciting and he is looking forward to next five years as a more prosperous company, he added.

While revealing about his upcoming projects, Mr. Hiranandani said that they have lots of upcoming projects in the group. He added that they have finished Kandivali and Chembur, in Powai, they are constructing three thousand apartments, and in Andheri Kurla road they are constructing a Data Center. Also, they have a huge township in Thane which is 350acers and their largest deal of the last 18 months is with TCS which is a deal of 3 million sqft between the entire township which is going to be one of the finest and the infrastructure is beautifully done propitiated schools, hospitals, and shopping areas.  Moreover, they are looking at citation to Panvel, the Hiranandani Fortune City, Alibhagh, Khandala Resort, and Hiranandani Industrial Township in Pune and also they have finished for the PM of India the international financial center and international stock exchange center in Gandhi Nagar where they build the building of 4 Lakh sqft that is 16 stories only in 12 months. In addition to this, they are doing a very beautiful project in Chennai and much more. Mr. Hiranandani considers himself as a learner and he learns every day from everyone. There is never the best learning; the next is the best because that is what he didn’t know. At every part of life you can learn something new, he added. The mission of Mr. Hiranandani is to deliver satisfactory products to all his customers and stakeholders.  Executing is the things in the better way are something he emphasizes more on. He believes that if one is not good at execution, nothing else really matters.

Mr. Hiranandani pass on a very great learning to youngsters and aspiring entrepreneurs by saying that just making a little more money is really not the important thing, everybody can earn money in different ways but to make people happy is more important. So to bring satisfaction to people to around you, people who work with you, people who rely on you? Whatever are the ethical values that we stand for we have to pass on and continue to do the best quality of work?

About the current political situation of a country, Mr. Hiranandani believes that for the first time India has a Prime Minister who we can look up to. He has no selfish motive for himself and he has the commitment beyond imagination. He is looking for development and growth and development is very important whether it is sports, roads, railways, highways, Make in India, and Swatch Bharat all objectives are clean and correct. There is nobody in the country who can ever say that he is corrupt or he is doing it for some personal selfish motive. He is doing everything for the country and gets credit for it. He is able to create leadership and enthuse people to be able to ultimately look up to India and look up to him. We are proud of him, he added. So there is a very positive situation politically and execution seems to be a key. 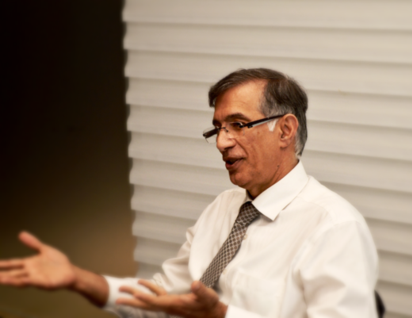 Niranjan Hiranandani, MD, Hiranandani Group, discusses some of the imperative moments of his life in a candid interview with Mr. Saimik Sen; Editor-in-Chief, Herald Global-ERTC. In this interaction, he expresses various traits of his personality like persistence, thoroughness, objectivity, accuracy and precision.

​​The interview started with a question about his journey and very precisely Mr. Hiranandani stated that he belongs to a family of very eminent doctors and didn’t have any family of businessmen so he is the first generation businessmen in his family. His journey as a businessman has started from very humble means of things and had grown very well.

About his personal fitness, Mr. Hiranandani stated that he likes what he is doing. He loves his work so he never feels tired to do it for long-long hours. If a person loves his job, he always feels motivated towards it. He has a very satisfying way of working as he has a lot of diversifying things other than money and business that are self-satisfying and gratifying things. He enjoys what he is doing, he added.

​When asked about how he is feeling for being nominated as the most admired business leader of Maharashtra, he thankfully said that it enthuse him to still go on. It feels wonderful the time you realize you got a pat on the back, it is a reminder to work harder to prove it and justify what you have got. 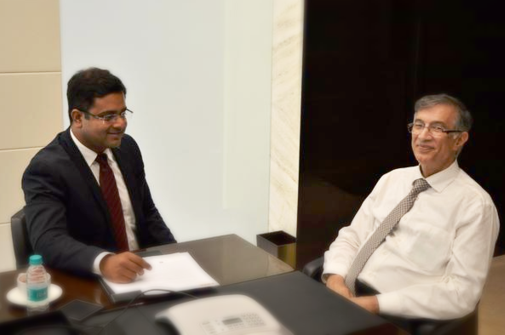 A Quick Peek In Mr. Hiranandani's Perspective Towards Life And Business.