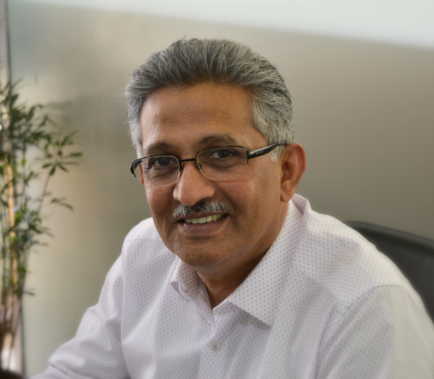 The biggest initiative of RAI, is creating better policies with the government. Their attempt was if there is a wholesome policy that they can bring in which can make difference. So far Andhra Pradesh, Telangana Maharashtra and Haryana governments have showed their support.One by one state govt are trying to bring in a wholesome policy. This is the First time in the country, first time since independence where retail policies have been done like this.

“It’s been 5 years since TRRIAN started and has accomplished more than what I accepted, I never thought a small venture with just  the 7 of us could actually take this kind of a shape where we will not only have an impact nationally but some of the project have has effects globally although small.”

With the recent changes and debates in Retail Industry we approached one of the most experienced and well know names in the retail Industry, Mr. B. S. Nagesh to shed light on the industries Capability and the future possibilities.

Retail is his first and foremost passion, other than that in the time left he finds love in his heart for travel and interacting with good friends. Earlier in life he was a good sportsperson, but now he tries his best to be healthy. Retail will always be as his business passion and understanding the consumer is a personal passion. He truly believes in contentment, simplicity, high level of ethics and integrity for organization, extreme focus on customer centric as his guidelines in life.

He has learned many things over the years from observing and idealizing different people’s works and interacting with them. He learned from Mr. Murthy, he was amazed with the humbleness and simplicity of Mr. Deepak Perekh, and he was guided by his fathers philosophy of simplicity and doing good for the society. Even now if the thought of slowing down occurs, he remembers Mr. Sathguru of Isha travelling 365 days running around and meeting millions of people and it keeps him going. Multiple people have influenced him.

His experience says an Entrepreneur one should be grounded, assuming he knows his product/service is good, he should know who their customers are and should be connected to their customers. Human nature will not get altered in spite of the foreign technology.

We kicked off the interview with the most recent events in The Parliament , of a debate in the matter of FDI in Retail multibrand, to which he vented the true nature of FDI in India, we have uniquely dealt the matter of FDI in Retail. Our system has broken down retail into multiple fraction and segments, which is unfortunate, one can’t look at retail as online, offline food and grocery, multi or single brand. Retail should just remain retail. It has made the sector very messy and not a straight forward FDI, he added “as a country we will get money mostly from single brand route.”

There are policies very unfavorable for the Indian single brand companies. As a host company it needs 30% of sourcing from India but as a home company it will require 70% of manufactured in India. Such unfair policies, and issues looked at through a political perspective rather through an economic perspective. MR. Nagesh Believes that it has got a lot of good in the country but wishes if the sector would have had simpler policies, a lot more good could have happened.

100% foreign direct investment allowed in retail will make a big difference in many aspects; anyhow, firstly the industry is struggling, secondly it’s not the foreign money that is going to hurt the Indian retailer it is the scale and size that can hurt the Indian retailer. If you look at it Reliance, Tata’s, Birla’s every big house is into retail with 20000 to 25000 crs. it hasn’t affected any local retailers, he questioned as to what are we fearing, why are we stopping retail? Personally, Mr. Nagesh thinks FDI will bring it will open markets potentially, infrastructure will improve, and from an employer prospective it will bring great product and competitive product and competitive pricing to customer’s house.

Its positive effect on unorganized sector will be noticed only if they have a mindset and believe that they have to grow with the industry. In case they don’t want to change and the world should not change so that they can continue to succeed then they will die.

Government has opened FDI for defense, insurance, telecom and in media. The most secure sectors have been opened for FDI, what’s left. He believes that and the most simple sector which is based on consumption is not being opened up is purely political.

Retail will not develop on bases of FDI or no FDI it will develop on bases on consumption rate. With the growing economy the consumption space will continue to grow and Indian Retail will continue to grow. Question here to ask is will Indian Retail grow where every small big retailer will prosper or will the Indian retail grow and in the hands of just few top 10 retailers. Ideally it will be a country to have a large number of players because that the nature of retail, no consumer shops only in one place.

So it will be a very large industry in the next decade but it will grow in a combination of offline and online, what people are calling as omni channel and multi channel.

What will happen Ecommerce in India is unimaginable; no other country in the world has more than its own population as buyers, precisely no country with 65% of population is either average or below poverty line. This is an amazing feature that is happening. All most, all possible processes are converting into digital mobile telecomm is digitization, young smart technology ready industry are absolute miracle in this country. What happened with Aadhar , I don’t think anybody had thought India would do it. “Hat’s off to Nandan and his team, and what this foundation will do to the country I can’t imagine 10 yrs down the line.  Influence of ecommerce will be tremendous and our lives will be very different from what they are now.” he added.

As for the constant change is consumer behavior, it is just going to increase the complexity of the industry. There may not be a noticeable heavy change in next decade but 30-40 years ahead the world will be a different place. This is a very unique country and, the uniqueness will remain but supported by technology.

We asked Mr. Nagesh about the stress level of the industry considering Target, Wal-Mart and IKEA are planting in our grounds. To which he state “Right now, it’s a sign of relief”, if some of us do not improve or bend our ways then we will be in trouble, it has to lead to employment generation, it has to lead to GDP Growth. Then only its own resident, the people will grow which is very important. They are currently brining techniques, methods; products which is helping expand the market. Our serious challenge in the country is job creation and biggest challenge will be engaging the youth and ensuring that they are positively and productively being utilized.

Global Players will find it difficult to compete in the next 10 years. What his vision for the industry is that , the unorganized sector will get highly empowered by technology not brought in by the global player but the one created by the Indian startup companies creating an environment which can uberize them. With the technology the kirana’s will become the most modern retailers without investing into retail technology.

Retailers Association of India and TRRAIN

“My belief was at that point of time, the industry comes together we will able to bring a good level advocacy and governance, and it will make a lot of positive impact.” The thought of better future inspired Mr. Nagesh to create RAI and TRRAIN. 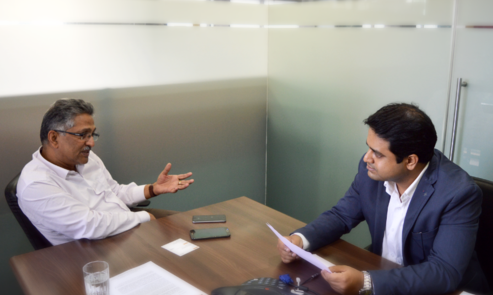