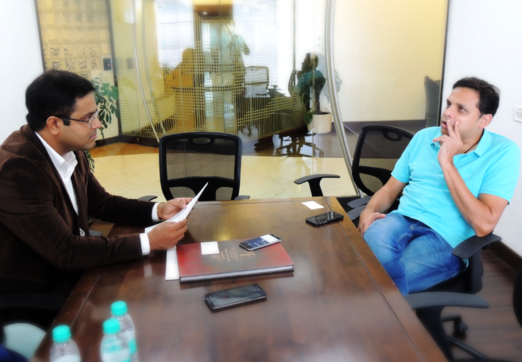 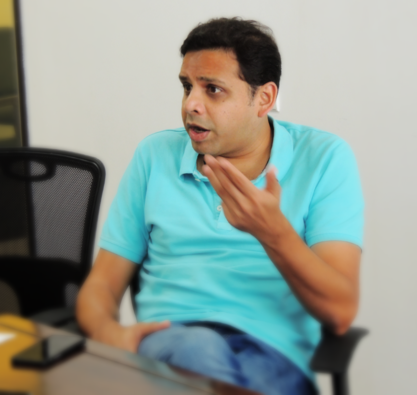 Mr. Iyer does not believe in answering questions about his career in years down the line. He explains further, given the fluid and dynamic nature of the industry, a person cannot predict where the business or a person involved in that business will be.

He describes himself as an obsessive badminton player and loves watching movies and television shows.

When asked about his take on Herald Global’s initiative of bringing success stories of leader to inspire the readers, he said, nothing inspires people like real stories and that he reads a lot about other people who have done great things in their life. He believes that it is a great platform for leader to share their stories as people tend to pick up nuances not just from one, but from a lot of people and implement those traits in their lives.

​Upon being asked what attracted him to the marketing industry, he takes us back to the days when he used to write for his college magazine and was fascinated with writing. Very sure at that age he wanted a career in writing, he embarked upon that journey. But, when the time came to choose between advertising and journalism for his post-graduation specialization, he knew he had to go with advertising. He realized that he enjoyed advertising more than any other profession. Even though he was not very aware of the advertising business at that point of time but his interest for this field is what kept him going.

After 15 successful years in this industry, he believes the key to efficient leadership is communication and collaboration. According to him, gone are the days when the boss sets the vision and everyone checks into it but feels it is essential to involve people who he works with in his vision and working together towards it.

For Mr. Iyer the beauty of the marketing industry is that it keeps the person younger; it forces a person to constantly keep himself updated about the happenings in the industry and the world.

Mr. Iyer is the man behind many ground-breaking campaigns that all of us have enjoyed. When asked about a project that is very close to his heart, without a second thought he mentioned the ‘Darwaja Band’ Campaign an initiative of the Drinking Water and Sanitation Ministry and the Swachh Bharat Abhiyan.

Expressing his insights on the changing picture of the marketing industry, he says that the industry in being disrupted in ways that he has never imagined. He feels it is the infrastructure or the medium being broken down, not the thought and the people behind the communication. Marketers will not stop communicating even if the infrastructure to deliver it is changing. He says it’s like when TV came and changed the way of communication, and now the advent of the digital form has stirred up the industry but, TV still continues to exist with other mediums.

​His biggest learning in life has been “If you stay connected with people it helps you connect with people better”. When explaining about the importance of thought leadership at Lowe Lintas, he says the most important thing for the company is to make their clients feel and come across as thought leaders in their respective businesses.

​Mr. Iyer mentions the name of Mr. R Balki when asked about the one person he has looked up to in his career. For him, Mr. R Balki is not just his senior but a mentor and a friend, who has helped him; understand the business, simplify it and bring in his own leadership style into the business.