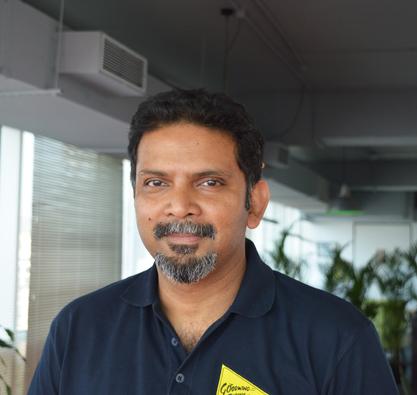 Of his building. One of the favourites though  is “Hum mein hai hero” as it was a very important campaign. Everyone had said when Hero separates from Honda it will die. But the campaign was  a huge success and till today he takes a lot pride of being a principle part of the campaign. It was one of the biggest corporate campaigns in India and also very well received. There are many other campaigns also like sprite, dettol, orange, getting renaults to India but his personal favorite remains  Hum mein hai hero. 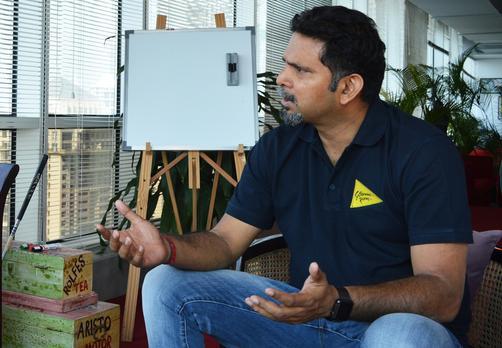 When asked wether he agrees that there is a brain drain happening in Advertising Agency? If yes then why is it so he remarked that he would like to go back 25 year ago when he was a fresh recruit at Mudra Communications which was the No. 3 agency in India. The best of IIMs used to go to Mudra. Mudra used to hire the talents from the best institute across the country. But things changed in the later years as the  relative importance started going down. He thinks the biggest mistake was to disengage media and creative separately. In the bargain they lost the control over clients and now it has become two different set of people, one is a supplier and other one is a negotiator as a result a downward spiral started from there. The relative  importance of advertising of the creative person and the ability to impact the business has come down. Baring CXO peolple like him, the agency never get to engage with the rank even to the level of CMO. As a result the creative teams are very frustrated when they are dealing with four to five years experience marketing personals from the client side with no experience which was not the case earlier. It has now become a survice based conversation. What has actually led to the brain drain is that he doesnt enjoy what he is doing. For a creative person the simulation and challenge is the most important which is missing.When you don’t have top level people then you don’t have top level ideas. Every morning a client wakes up to say how am I going to cut the advertising budget but with this thought process he is just cutting the branch he is sitting on. This is impacting the business as somebody has to match the cost to take up that business. When we pay people lesser, only people who can accept that pay will work for me. So the quality of the work also suffers and we cannot come up with a campaign which is of international standard which is wished by the client.

When asked how advertising is today as compared to 20 years back he said from then and now there is a significant deference in everything that we do. Advertisng has changed because the customers have changes so has their lifestyle but principles has remained the same as he had said earlier. Brands are nothing but carriers of certain requirements that the customer has. So the difference is that the methods have changed but the principles have got more stronger.

Mr. Anil Nair talks about his journey and the dynamic nature of the industry.

When asked how he  get into advertisisng he said it was the year 1993 to be precise, and  getting in to advertising process was to study advertising. He was campus recruited by Mudra. The reason for selecting advertising as profession largely was because of his father who was the General Manager of a newspaper down south from where he come from Kerela. His  preferred choices was journalism but since advertising was part of the eco system and he had exposore to few people from the industry who where his fathers friends he found the advertising industry fasinating. He had also realized at that point of time that he was creatively oriented and decided that if the choice is between journalism career or to  use creativity to do something more exciting, his default choice would be advertising.

​When asked what was the first brand he worked on and how was the experience he said It was Reliance and it was tough as the client was Dhirubhai Ambani, Mukesh Ambani and Anil Ambani. In 93 -94 when they

actually hit big with the petroleum IPO, which changed the Indian stock market forever , his  first assignment was to build a corporate campaign for Reliance. The scale and size of the campaign was unpresidental so for a starter starting his career with this level of campaign and working with people like Mukul Anand who was a superstar in Bollywood as a commercial director was a huge milestone.  He recalls that he went days and weeks without food and proper sleep. It was like baptism by fire but  he was grateful for that as his hard work was noticed and it was a successful campaign.

When asked what was the experience of meeting Dhirubhai Amabani he said it was amazing as Dhirubhai had the most sharpest brain. He had tremendous control and power over his sons , was an absolute task master and was very clear in his vision.