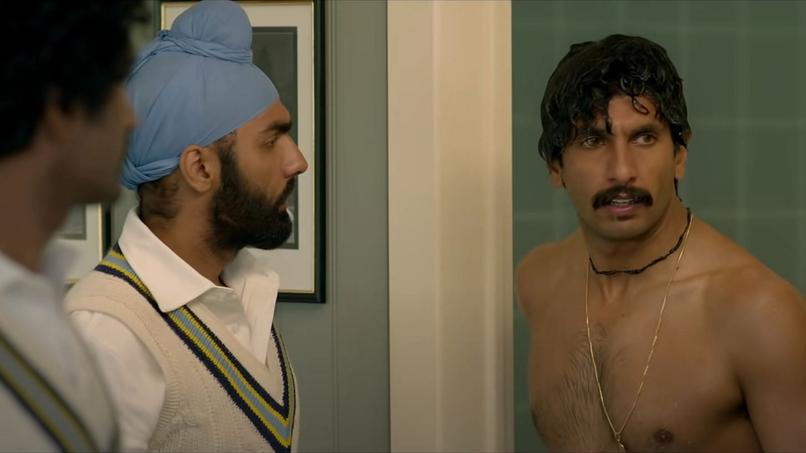 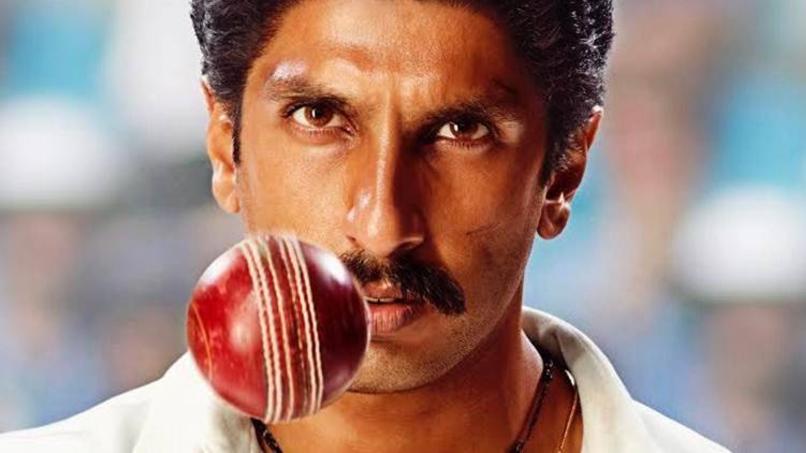 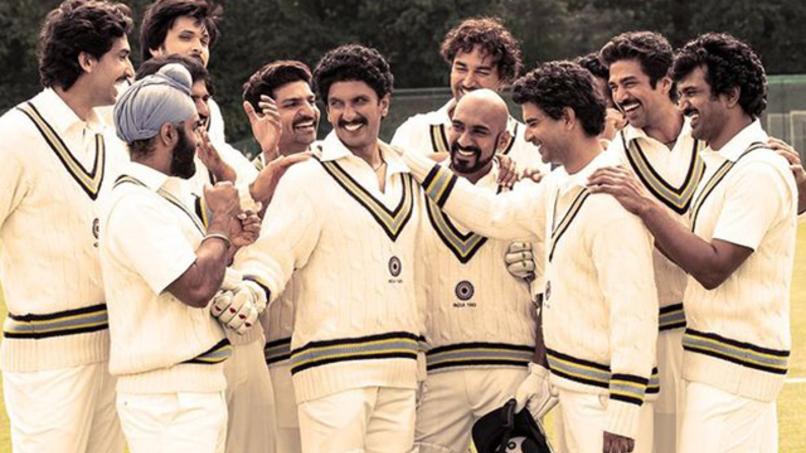 This movie produced under the reliance entertainment and Nadiadwala banner is also co-produced by Deepika Padukone. Director Kabir Khan has done great justice to the subject one which the entire country yearns for: a victory at the cricket World cup. The movie is set at the early 1980s when India was a cricketing novice and not so much respected at the game either. Ranveer Singh as Kapil Dev has been earning rave reviews for his stellar performance and looks convincing as a young Kapil also thanks to the brilliant hair and makeup work.

Prior to the historic win at the Lord’s England ’83 the Indian team was not even provided the bus for travelling to the cricket stadium leave aside the welcoming of the guests. The Indian team was beaten badly by the West Indies and the Australians and was least expected of making it to the semi finals. Nobody not even the Indians themselves had ever possibly dreamt of this landslide victory except for one Kapil Dev.

There is a scene from the movie where the captain Kapil is taking a shower and the rest of the teammates are busy informing about the fall of 4 wickets of their team at just 9 runs. Kapil just refuses to believe them, such a staggering side was lifted to great heights by Kapil Dev who batted a 175 runs leading the Indian side to a great victory, not only a great batsmen but also a great bowler Kapil Dev is indeed the greatest of all Indian cricketers and this movie rightfully basks in the former captains glory. With a startling and splendid performance by Ranveer and Pankaj Tripathi the movie is replete with emotional scenes and instances of mockery of the Indian team. The team India had already been facing humiliating defeats and Kapil’s knowledge of English was doubted upon every time: the scene powerfully conveys the message of the underdogs-“We here to win! What else we here for?” Its not the words but the sentiment echoed which is far more important. And team India proved its mettle!

“Jaan laga kedesh ke liye khelna hai”Kapil’s message to the team is for the entire nation actually. The Team Manager’s character played by Pankaj Tripathi “Izzat jeetna abhi baaki hai kaptaan” is reflective of the mentality of the hosts towards the Indian team at that time. The musical score by Julius Packiam and Pritam Chakraborty is a bit low on composition . The movie might have done better with a better musical score. The songs “ har dil ki hai dua”, “lehra do”and “sakht jaan” are replete with bravery and adrenaline rush. While “bigadne de” is a Punjabi spirited and fun song to watch out for.

​Ranveer Singh steals the thunder with his uproaring performance and looks convincing as Kapil Dev. He has comfortably got into the skin of his character and nuanced it perfectly right from the body language of the iconic cricketer to the Punjabi accent of the all rounder. Not to mention his invincing and undomitable spirit. Actors Tahir Raj Bhasin, Harrdy Sandhu, Saaquib Saleem, Jatin Sarna, Chiraag Patil, Ammy Wirk, R Badree have done complete justice to their roles. Not to mention Deepika Padukone and Pankaj Tripathi in one of their finest performances till date. The film has collected 47 crore in the hindi belt and stands at competition with Spider Man: No Way Home at 174.92 crore and Pushpa at 37.20 crore. It is an out and out Ranveer Singh’s film with the cricketing sentiment echoed genuinely throughout the movie. He has perfectly emulated Kapil paaji.

This movie celebrates the historic and golden moment of Indian cricketing history and is a  must watch for all cricket crazy fans of bollywood. 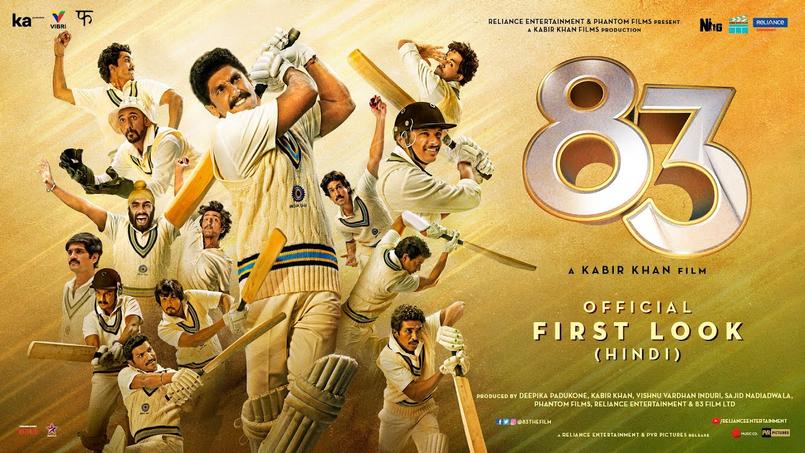