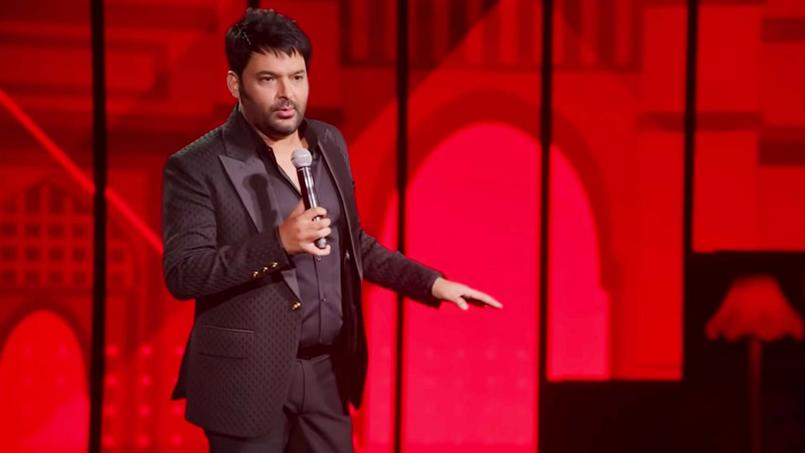 Kapil Sharma : I am not done

The new OTT series released on the online platform Netflix on the 28th of January Kapil Sharma : I am not done presents Kapil Sharma in a never seen before avatar before the audiences. In a promotional ad, Kapil is seen pestering his manager for some new kind of work in the most humorous of ways: Kapil is seen trying out different kinds of jobs: doctor, a rap singer, a magician and a chef. Same holds true for the show: Here Kapil talks about his journey of life and his ups and downs. This is a never seen before side of Kapil Sharma as he opens up about his struggles with depression and alcoholism and that too in the most fun ways. He says: “Depression to India walon ko hota hi nahi, ye bahar walon ko hota hai.” Kapil talks about his initial days as a stand- up comedian where he could handle both comic sketches and characters with ease.

This show is much different and afresh in it’s content and appeal than the other two shows of Kapil: Comedy nights with Kapil and The Kapil Sharma Show. In his previous shows Kapil had captured the nerve of the audiences with his rib- tickling humour and superb characterizations. Now this time he startles the audiences with a self-deprecatory humour in an innovative format. In his own words, Kapil: ‘’Comedy exists till the world exists.”Kapil’s name has become synynomous with comedy and has been inseparable from clean humour since a long time. His association with comedy dates back to 15 years ago. Kapil talks about his days of struggle and rise from a simple background. He also gets up, close and personal when he discusses his parents and family. He talks about taking inspiration from the arguments of his parents and the catchphrases they used for each other.

The moment is quite a special one when Ginni, his longtime friend and now wife says: “Amir se to sabhi shaadi karte hain, maine socha ki is garib ka bhala kar dun.”Here she outwits the brilliant genius and the undisputed reigning monarch of comedy,Kapil Sharma. This show turns out to be quite special and unique and celebrates the hard work and the soulful journey of Kapil. Kapil has handled everybody in his own distinctive satire, be it politician,millionaire, actor, singer, sportsperson or “any one from the audience.” Kapil’s style of spontaneous humour is pretty straightforward and straight from the heart. Quite an enjoyable treat for the fans of Kapil Sharma.