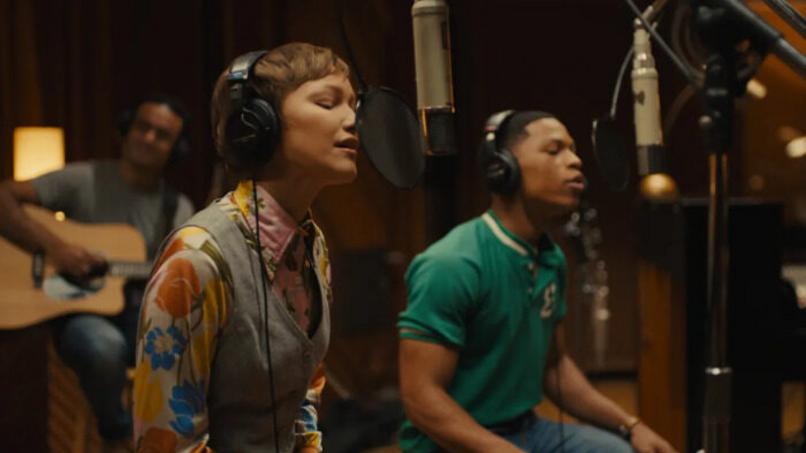 Hollywood Stargirl is a fictional drama based in the imaginary town of Mica set somewhere in Arizona which in reality is shot in Albuquerque, Mexico. This is a rom-com directed by Julia Hart from a screenplay she has co-written with Jordon Horowitz. The movie is a sequel to the earlier movie, Stargirl. The earlier movie was based on the novel written by Jerry Spinelli.

The movie revolves around the lives of Stargirl and her mother Ana who gets the chance to work as a costume designer for a movie, so they travel to Los Angeles, relocate there and meet new friends. This tells the journey of conviction, dreams, music & possibility of Susan “Stargirl” Caraway. This is a tale of an unassuming, free-spirited young teenager and the school leader who falls for her natural charm.

Produced by Ellen Goldsmith & Vein Lee Stollman under the banner of Walt Disney Pictures, Gotham Group, this movie is distributed by Disney Plus. The lead role is played by the child prodigy, Grace Vanderwaal who has written and sung an original score “figure it out” for the movie. She was the winner of the Season 11 of “America’s Got Talent.”

Grace reprises her role of Susan Stargirl in the second part of the franchise as well. Elijah Richardson and Judy Greer join the cast as the titular character explores fame and success in Hollywood. Roxanne played by Uma Thurman is a character, a musician whom young Susan admires and dreams to be like of. The musical score is by Michael Penn who has done justice to the dreamy tone of the movie. Mr. Mitchell, played by Judd Hirsch is the new neighbor of the Caraways where Terell, played by Tyrel Jackson Williams is the elder brother of Evan( Richardson) and an aspiring film-maker.

This movie is a dreamy,fairy tale like and surreal: it tells of dreams and visions that do get fulfilled in the rarest of rare exceptions. For the lovers of rom-com’s and high school romances, it is a visual treat along with soft romantic musical background score and some of exceptional dreamy scenes shot most artistically. It is a fresh take on the budding romances of young age and the aspirations today’s youth have.

Grace Vanderwaal and Elijah Richardson have done justice to their parts and brought to life the vivid chemistry of the literary characters. Grace is the show stealer of the movie with flashes of artistic brilliance thrown in her performances. She has also penned, composed and sung a song for the movie. The movie is worth watching out at the theatres and is running successfully across the US and UK.
​