CAT web series on Netflix has captured the crime and political scene of Punjab in all its nuances. The producer-director Balwinder Singh Janjua has done a brilliant job of detailing each and every scene to the core.

CAT is a crime thriller which highlights the story of an innocent man who is thrown into the ruckus of crime, politics, suspense, drugs and gang wars. He lives under an alias and is a former police informant who is summoned to infiltrate a major drug empire but uncovers a dangerous connection to his gory past.

CAT is released online in three languages: Hindi, English and Punjabi. After his brother is caught in a drug bust, a desperate Gurnaam Singh agrees to work with the Punjab Police in the wake of political elections. Traumatic memories of his tormented past continue to haunt him. He infiltrates the drug circle of Madam Aulakh and thereafter targets Mukhtiyar Singh, a major drug supplier. Leading a dual life, Gurnaam’s condition is like walking on a double edged sword: he faces the risk of blowing up his cover if a police raid occurs & also, if he is exposed the underworld would assassinate him immediately.

He leaks information to the Police Department, but is caught off guard when his identity is compromised. A deadly fight ensues which creates more dangers to the life of Gurnaam Singh. Madam Aulakh makes a proposal to Gurnaam who has discovered some shocking truths after skeletons tumbled out of worn closets. Fuelled by the death of his parents, Gurnaam is all set to avenge their death.

Gurnaam is stuck in a bloody mess of politics, relations, crime, drugs and the underworld. He risks losing his life and also of his family. The fine nuances of the character are perfectly expressed by Randeep Hooda who has once again proved his mettle & expertise in his craft. He excels in his role as Gurnaam and not even once in a while, forsakes his on-screen character. He is aptly supported by Suvinder Vicky and Hasleen Kaur. Former Beauty Pageant winner, Hasleen Kaur in her deglamorized avatar surprises the audiences by her perfect portrayal of a Punjabi Sikh Police Officer. Geeta Aggarwal Sharma is convincing as Madam Aulakh and plays her role to a hilt. She is as threatening and intimidating as the underworld don. Dakssh Ajit Singh as Laadi is an absolute fit in his role of the gangster. Kavya Thapar, Coral Bhamra, Raman Deep Yadav, Eklavay Kashyap, Suvinder Vicky, Sukhwinder Chahal, Gurinder Makna all do justice to their roles.

Janjua and Panchali Chakravorty along with Rupinder Chahal, Anutej Singh, Jimmy Singh steer the screenplay towards clear waters and land the movie in safe horizons. The dramatic pace of the series has not been compromised and the storyline is as gripping as it could get.  Randeep is as brilliant as ever, his repertoire as an actor is continuously evolving and getting better everyday. 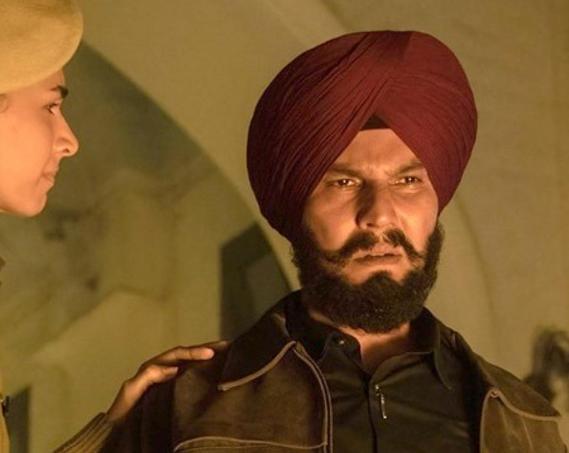