WHAT WORKS:
Telling a true story that is very important to India’s history while also taking some creative liberties may seem like a rocky path. But director Jagan Shakti, along with writers R. Balki, Nidhi Singh Dharma, and Saketh Kondiparthi, does exactly that while delivering it brilliantly. Mission Mangal teems with pride as it tackles the complexity of the science behind ISRO’s monumental space mission while using every opportunity to inject humor and entertainment into the mix. It’s an inspiring true story told with the right amount of Bollywood flavor.

Akshay Kumar fans are sure to get the power-packed performance they were looking forward to with this movie but it is Vidya Balan who steals the show. Rounded out with Sonakshi Sinha, Taapsee Pannu, Nithya Menen, Kirti Kulhari, H. G. Dattatreya and Sharman Joshi in the cast, Mission Mangal gets it light-hearted personality. Along with the superb acting, there’s also skillful direction, effortless dialogue writing and plenty of convincing VFX to make Mission Mangal thoroughly entertaining.

With all of this put together, Mission Mangal gets the proportion of information and entertainment just right. It is a must-watch movie that is true to inspire generations of young scientists.

WHAT COULD’VE BEEN BETTER:
Mission Mangal is not a straightforward representation of the Mangalyaan mission because it tells the true story through fictionalised characters. But even with its exaggerated quirks it doesn’t stray away from the message it sets out to deliver – that achieving the impossible is just one attempt away.

WHY YOU SHOULD WATCH:
Mission Mangal makes for the ideal Independence Day watch. You’ll leave with both a firm understanding of India’s awe-inspiring historic achievement and the inspiration to chase your dreams no matter how impossible it may seem.

Back in 2013, the Indian Space Research Organisation (ISRO) launched its Mars Orbiter Mission (Mangalyaan). This mission in turn became a landmark moment in Indian history as it made us the first Asian nation to reach the Martian orbit and the first nation ever to do so in its first attempt. It is only fitting that this proud moment get its due on the big screen with on Independence Day, 15th August. Directed by Jagan Shakti, Mission Mangal will take us through the journey of the lead scientists who worked on this mission, played by Vidya Balan, Sonakshi Sinha, Taapsee Pannu, Nithya Menen, and Kirti Kulhari along with Akshay Kumar and Sharman Joshi.

This biographical film is based on true events of how the Indian Space Research Organisation (ISRO) successfully launched the Mars Orbiter Mission (Mangalyaan) led by brilliant scientists. Rakesh Dhawan (Akshay Kumar) and Tara Shinde (Vidya Balan) together with their team set out to achieve the impossible. They attempt and achieve the mammoth feat of successfully sending a satellite to Mars in their very first attempt while also making it the least expensive mission to Mars. As we follow their journey towards this historic moment, we are also reminded that all successes don’t come easy. The film follows all the ups and downs of the mission from the pressure and the challenging obstacles the team had to battle to the intelligence and brilliance behind their success and everything in between. 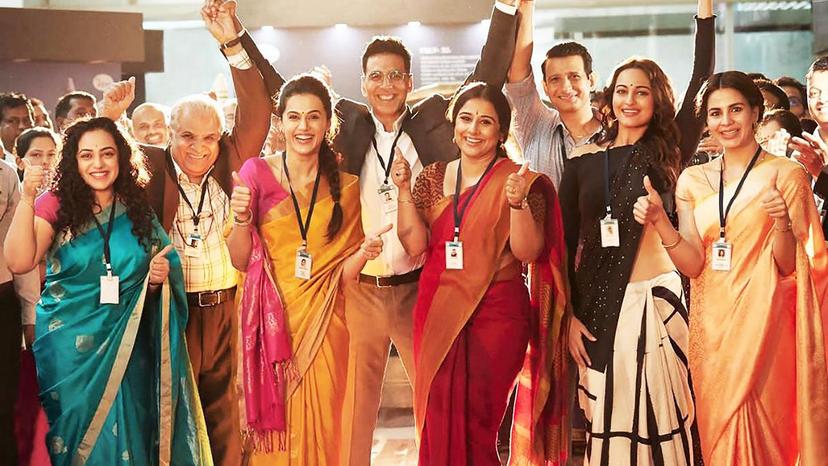 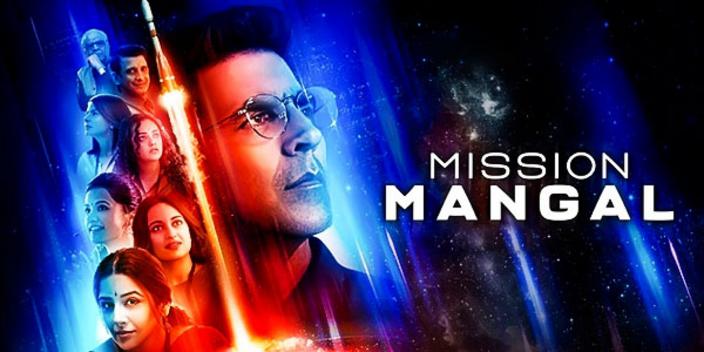 MISSION MANGAL: FILM REVIEW – IMPOSSIBLE IS ONE ATTEMPT AWAY.