With the lead actor toplining ‘Roohi’, this week’s new release in theatres, I was hoping for a movie which could be light laughs or mesmerizing strong feminist movie. Sadly, the Dinesh Vijan-Rajkummar Rao’s horror comedy is just plain obnoxious, with not one laugh in sight.

There’s nothing funny about ‘pakdaai shaadi’, in which young women are kidnapped and forced into unwanted marriages. Every time a film decides to bring it up, it makes you cringe. Why would a film in this day and age want to give space to this ‘tradition’ that should have been deep-sixed long back? How can movie makers of today try to normalize this concept with comedy?  ‘Roohi’ spends too much of its opening in setting up one such ‘kidnap’, for the benefit of a naive, open-mouthed ‘gora’ (Alexx O’Nell), which brings together a couple of small-town layabouts, Bhawra (Rajkummar Rao) and Kattani (Varun Sharma), and a shy young woman Roohi (Janhvi Kapoor), and deposits them in the middle of a jungle, for no good reason. A muscle-bound hood (Manav Vij) shows up once in a while. Why? We never quite get it. The characters mumble, and fumble, and it’s all a jumble.

There’s something up with Roohi. The two fellows soon discover that she is a shape-shifter, switching from a whisper to a roar whenever she feels like it. There was potential to this idea: a woman is never just one thing, or another. She has as much right to be many entities, as anyone else. But the film squanders it with great determination, and tasteless jokes.

What’s missing is a coherent plot and writing. All we get is one cringe-inducing sequence after the next (‘jhaad-phoonk’, exorcism, women in chains), where we are treated to problematic lines: when, when will mainstream movies stop terming wives ‘chudails’? No, it never was funny; the usage now just arouses fury. Why is the romance between a ghost and a human given a funny imagery? While portraying Roohi to have psychological issues, did you forget to pull out the same angle on Kattanni (Varun Sharma) for finding a disease attractive?

Just tossing in one line as a disclaimer that the film doesn’t encourage superstition, is not a buy-out. Neither is the reliable Rao’s presence, usually a guarantee of quality. Sharma’s brand of dialogue delivery already feels jaded. Kapoor tries gamely, but never gets a break-out right till the end.

The climax is a real cracker. Finally, you get why the film was made. What a waste of an ending. 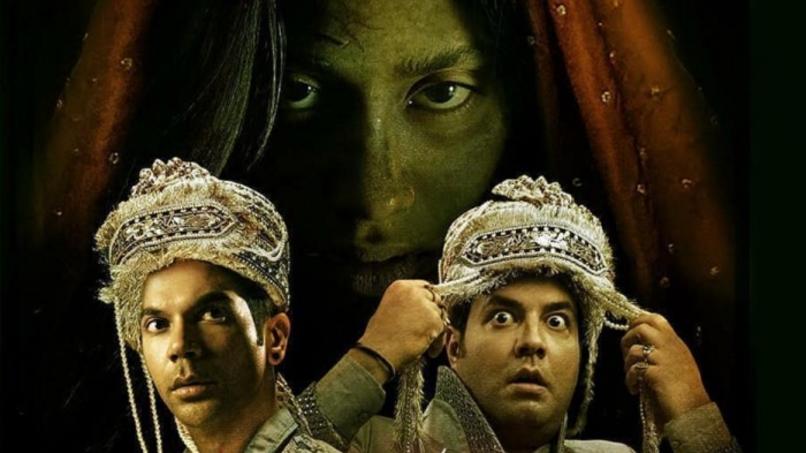