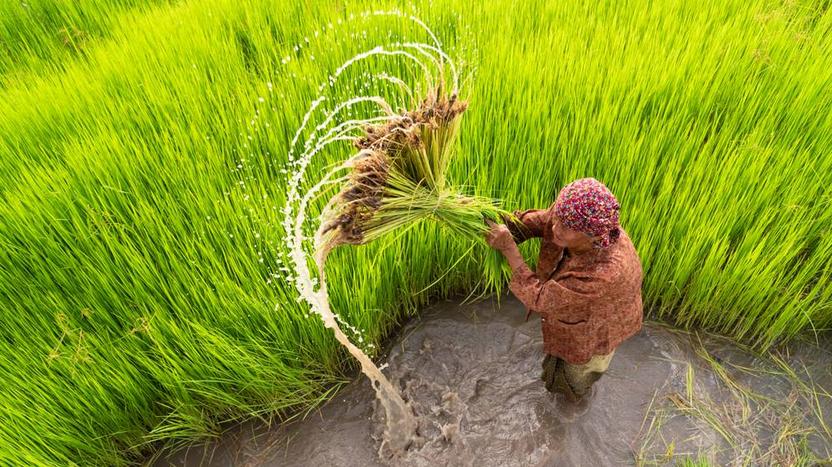 Amid protests against the three central farm laws in Punjab and Haryana, Uttar Pradesh Chief Minister Yogi Adityanath emphasised that farmers’ welfare and the growth of agriculture sector in the state are his government’s top priorities.

Enlisting a slew of “pro-farmer measures” taken by the UP government, he said his government ensured that crop procurement went on without any disruption due to the coronavirus lockdown. The CM said while the Covid-19 pandemic has affected all sectors across the world, the “agriculture sector had lent speed to our economy”.

He also highlighted the potential of agriculture-based products of Uttar Pradesh in the international market, including “kala namak” rice, which has got geographical indication (GI) tag, mangoes and vegetables from eastern UP. He said there is great potential for export of “kala namak” rice from eastern Uttar Pradesh, especially in region surrounding Sidharthanagar, Gorakhpur, Deoria etc.

Pointing out that vegetables from eastern Uttar Pradesh region, surrounding Varanasi, were exported to Gulf countries, he said the state government was in the process of establishing two more pack houses for mangoes in Amroha and Varanasi, along with the ones in Lucknow and Saharanpur.

Emphasising that in Uttar Pradesh, the state with the largest population in the country, he said the economy depends on agriculture and the state plays a leading role in production of not just foodgrains but also sugar, vegetables and milk.

Adityanath said around 92 percent of farmers in the state belong to the small or marginalised farmers category and that the new policies of the Centre as well as formation of Farmers Produce Organisations would assist such farmers in getting better price for their produce.