Jurassic World: Fallen Kingdom has earned $401.8 million worldwide including a $145.4 Fri-Mon debut in China. Whether or not the J.A. Bayona-directed sequel ends up higher or lower than the projected $140 million opening weekend guestimate, it’s already a hit and potentially a gamechanger in terms of scheduling the biggest of big movies.

While the reviews aren’t superlative, they are mixed, with a slight 60/40 advantage toward positive notices as the film heads into its domestic debut.

Jurassic World 2 Fallen Kingdom is estimated to be made on a budget of $170 Million worldwide which is equal to around 1147  Crores in Indian rupees.

The story follows Pratt and Howard's characters as they rush to help rescue the dinosaurs on the abandoned island of Isla Nublar after a volcano erupts. However, they uncover a menacing conspiracy when the evacuation leads to a secret dino-zoo on the mainland of America. 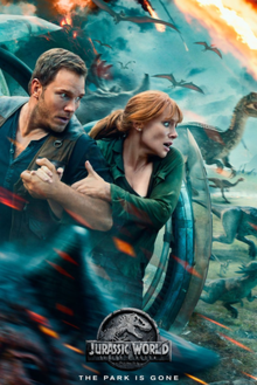