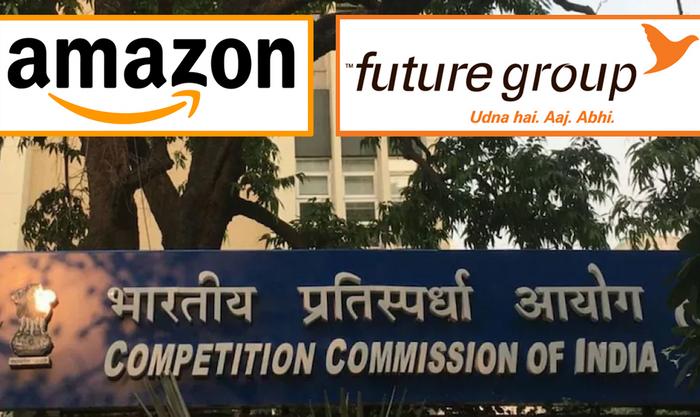 Why was Amazon fined ₹200 crores by CCI?

The regulator ruled that the US Company had suppressed information while seeking regulatory approval on an investment into Indian retailer Future Group two years ago. They also imposed a penalty of ₹200 crore on Amazon for failing to notify the details of its ‘combination’, as required in law. It also imposed a separate penalty of ₹2 crore for suppressing the actual scope and purpose of the combination, a term used in competition law for acquisition, merger or amalgamation of two or more enterprises.
In its 57-page order, the CCI said it considered necessary to examine the combination afresh, given that the two players were known in the online marketplace and offline retailing and had contemplated strategic alignment between their businesses.

According to CCI order, “it is required to re-examine the combination and transactions (deal)”. In accordance with sub-section (2) of Section 45 of the Companies Act, CCI also directed Amazon to give notice in Form II within 60 days from the receipt of the order. Furthermore, the approval granted on November 28, 2019 will remain in abeyance until such notice is disposed of. This is so because, Amazon had suppressed the actual scope of the deal and had made false & incorrect statements while getting clearances.

on its next steps in the due course of time.

In August 2019, Amazon acquired 49 per cent stake in Future Coupons, the promoter entity of FRL, for around Rs 1,500 crore. One year later, in August 2020, Future Group struck a $3.4-billion asset-sale deal with Reliance Industries (RIL).

In October this year, Amazon had sent a legal notice to Future for striking a deal with RIL. It alleged that Future’s $3.4-billion asset sale deal with RIL breached an agreement with Amazon. It cited its non-compete agreement with the Future Group. The deal specified any disputes would be arbitrated under the Singapore International Arbitration Centre (SIAC) rules. The same month, Amazon got a favorable ruling for its plea in SIAC against the deal.

The regulator’s order comes amid a dispute between Amazon and Future Group in connection with the latter’s Rs 24,713-crore deal with Reliance Retail. Under the agreement, Future Group will sell its wholesale, logistics, retail and warehouse businesses to industrialist Mukesh Ambani’s firm.

In its order on November 17, 2021, CCI said there was "a deliberate design on the part of Amazon to suppress the actual scope and purpose of the" deal.

Ahead of CCI's decision, Amazon denied concealing any information and warned the watchdog that Future's bid to unwind the 2019 deal to allow Reliance to consolidate its position "will further restrict competition in the Indian retail market".