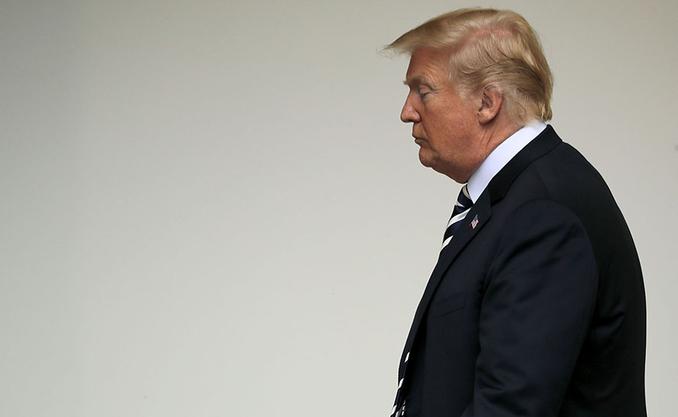 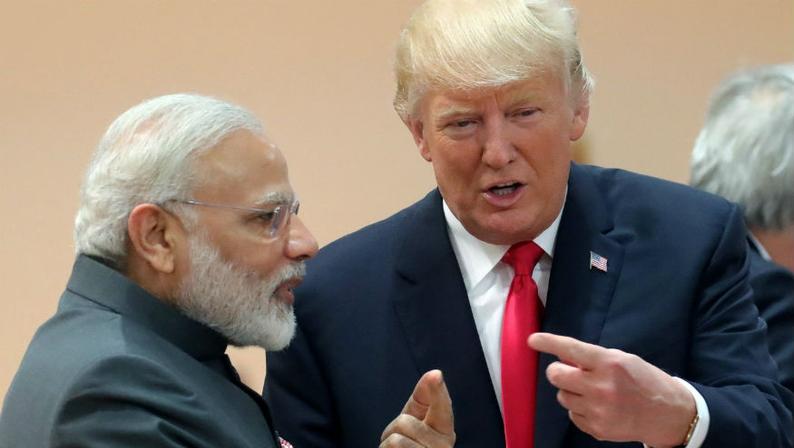 India may suffer collateral damage from Trump's massive recasting of US foreign policy.

Bruised US-India ties are part of the collateral damage Washington is shrugging off as it scrambles to fulfill President Trump’s optimism over a deal with North Korea, which is reporting to be cheating on its agreement to denuclearize.

The Trump administration dumped a much-anticipated and much-deferred US-India "2+2 dialogue" in Washington, primarily because Secretary of State Mike Pompeo is rushing to Pyongyang to follow-up what the US believes is North Korea’s backsliding from pledge to denuclearize.

The urgency of his mission is underscored by reports that North Korea is continuing to make improvements and advances to its nuclear infrastructure, contrary to earlier optimistic assertions that is dismantling them.

US experts from the group 38 North who track developments in North Korea are saying that latest commercial satellite imagery, about ten days after the Trump-Kim summit, "indicates that improvements to the infrastructure at North Korea’s Yongbyon Nuclear Scientific Research Center are continuing at a rapid pace.”

US intelligence agencies are concurring broadly, and much to the Trump administration’s embarrassment, has leaked to news outlets that North Korea has increased production of fuel for nuclear weapons at multiple secret sites in recent months and is essentially cheating the US.

"There is absolutely unequivocal evidence that they are trying to deceive the US." NBC News quoted an unnamed US official said to have been briefed on the intelligence.

Several experts and former administration officials, who have long-experienced North Korea’s tactics and strategy and warned that Trump is being snookered, are reminding the administration that Pyongyang will never give up nuclear weapons it sees as central to its survival, and the only thing it seeks is "nuclear acceptance, not disarmament."

All this has resulted in Pompeo having to head back to Pyongyang this week even as Trump has put engagement with Moscow on top of his priority list, leaving not just India but a whole host of friends and allies in the dust. State Department officials though insisted that the US-India relationship is a "major priority for this administration" and "India’s central role in US national security is enshrined in the President’s National Security Strategy."

But they were largely reading from the Obama playbook, and like New Delhi, lower levels of the Foggy Bottom bureaucracy can barely keep pace with the country's mercurial President and his quicksilver impulses.

In fact, while New Delhi may be taking comfort in the State Department's explanation of "scheduling issues" (for talks that have already been postponed twice), the larger story is that India may be a casualty of a massive Trump recasting of US foreign policy based on his personal outlook.

This involves the possible jettisoning of nearly 70 years of treaty arrangements, conventional wisdom, and established norms centering on a post-World War II Atlantic alliance, and the more recent Obama engineered Asia pivot that supported India’s emergence as a leading Asian and global power and a counterweight to China.

Two stunning reports presage these seismic changes. Trump is said to have sought a reassessment of stationing US troops in Germany after reportedly being surprised at the size of the US presence (35,000 troops). This comes amid his constant quibble that American allies do not spend enough on their military and they ought to pay more money to the US for security.

Separately, the US President is also said to be considering bailing out of the World Trade Organisation, complaining, according to one account, that "we always get f**ked by them [the WTO]."

"I don’t know why we’re in it. The WTO is designed by the rest of the world to screw the United States," Trump is reported to have told aides, none of whom apparently dare tell him that the US a founding member of the organization and pretty much dragged the rest of world, including India, kicking and screaming into the arrangement.

Trump is now firmly of the belief that the rest of the world, including India, is bilking the US of "billions and billions" of dollars, and he has made it a campaign issue, simplistically telling his adoring fan base that various trade deals arrived at by previous administrations has resulted in the world treating the US like a piggy bank.

Trump himself denied Friday of wanting to take Washington out of the WTO, but at the same time complained, "We’ve been treated very badly. ... It’s an unfair situation."

Efforts by India’s commerce minister Suresh Prabhu during a visit to Washington last week to convince American officials that US deficit with India of about $ 23 billion would easily be erased by a rising economy that will purchase vast amounts of US energy, armaments, and technology, made no impression. Even US officials who understand this to be true have no way of explaining this to president who believes he is a genius on world trade and economy and is not shy of letting everyone know it. Instead, (at least where it concerns India) Trump is riding on the Harley-Davidson issue centering on trade and tariff worth a paltry $ 5 million or so, convinced that it resonates with his base.