Indian students who refused to leave their four-legged friends in the war stricken Ukraine.

Despite the ongoing war that hit Ukraine, many Indian students were seen coming back home with their four-legged friends.

The Indian Government has been doing its best for the safe return of its students and citizens back to India. At a very initial stage, they received requests to bring back companion animals who have become like family members to the students.

A 20-year-old MBBS student, Arya Aldrin from Idukki, Kerala was stranded and refused to leave with her dog Serah. She got all the necessary documents in order for her dog, much before the crisis started. But she was stopped at the Ukrainian border because she had the dog with her.

Another student, Rishabh Kaushik, a third-year student at the Kharkiv National University of Radio Electronics refused to leave the country without his pet dog, Malibu. Even after countless tries and requests to the Ukrainian government to fly him down to his country along with his pet, and all needful documents, Rishabh’s attempts had failed. He standed by his dog whom he refused to leave.

This in turn got the Ministry of Animal Husbandry and Dairying, India, into issuing a memorandum stating, “Considering the unique and extraordinary situations in war-hit Ukraine wherein pre-export requisite formalities for export of pets into India may not be fulfilled, the import of pet dogs and/or pet cats along with stranded Indians being rescued by the Government of India is being facilitated as a one-time relaxation measure as under."

In the memorandum, the ministry issued specific guidelines that the Indian nationals have to follow if they want to bring their pets along from Ukraine. The pet owner is required to produce a pet passport, vaccination documents along with other details. Proper certification from a vet along followed by a mandatory quarantine was advised in the memorandum.

The event was part of India's Operation Ganga, a rescue operation to evacuate Indian nationals, mostly students, from war-torn Ukraine. Flights were arranged for the evacuation of all Indian nationals in Ukraine as the government chalked out alternative land routes following the closure of the Ukrainian airspace.

Sudu, the pet dog of an Indian student, Tanuja Patel, also arrived safely in New Delhi, India.
They were evacuated from Ukraine as part of India's Operation Ganga.

A three-year-old cat was among a handful of pet animals who experienced air travel on a C-17 Globemaster, which was deployed by the Indian Air Force (IAF) for the evacuation of Indian citizens and students from war-torn Ukraine.

The cat, called Mars, landed at the Hindon airbase in Ghaziabad and its proud owner, Amir, who is pursuing medicine in the east European country, said that his pet animal was forced to travel a lot in Ukraine and Romania since the war broke out.

“It was her first air travel and she has a pet passport from both Ukraine and Romania. She has traveled a lot since the war broke out in Ukraine and is three-year-old. I was in Kyiv and took a lot of risks to reach Romania from where we boarded the plane to India,” Amir said.

A number of students who deboarded the flights at the Hindon airbase were seen with their cats and dogs, while some were even carrying portable pet-shelters.

Haidar, who is also a medical student, was seen holding his pet dog, three-year-old Luna, as he deboarded from a C-17.

“I am feeling very happy to bring my pet to India. Some of my luggage got left behind, but I never wanted to take a chance with my dog. Luna has been there with me for three months. Pets also have a life and I did whatever I could to keep her safe,” Haidar added.

“I did not want to leave her alone and took my pet dog (a seven-month-old husky) with us. We got a lot of support at the Poland border and since my pet Neela was accompanying me, I did not face much hassles in the queues,” said Zahid, another medical student who returned on one of the four IAF's flights from the war-ravaged country.

Amid the escalating tensions between Russia and Ukraine, an Indian doctor living in Severodonetsk city of Ukraine also refused to leave the country without taking his ‘big cats’, a black panther and a jaguar along.

Dr Girikumar Patil, who is also a YouTuber and an influencer, has been staying in Ukraine since 2007.

Patil's resolve to not leave behind his pets might be unique in terms of the kind of pets he owns. "For me, these are not my pets. I don't treat them like pets but treat them like my kids," he stated.

"I am sure the puppy would have been a well behaved passenger," Minister of State for Civil Aviation V K Singh, who was in Poland to facilitate the evacuation of Indian nationals, said on Twitter. "Will see both of you again when I am back. Take care. Jai Hind," he added.

He also tweeted, “Some of the evacuees brought their four-legged best friends as well. Good to have all of our Indian students aboard on the IAF C-17 Globemaster ready to return to the safety of our motherland." 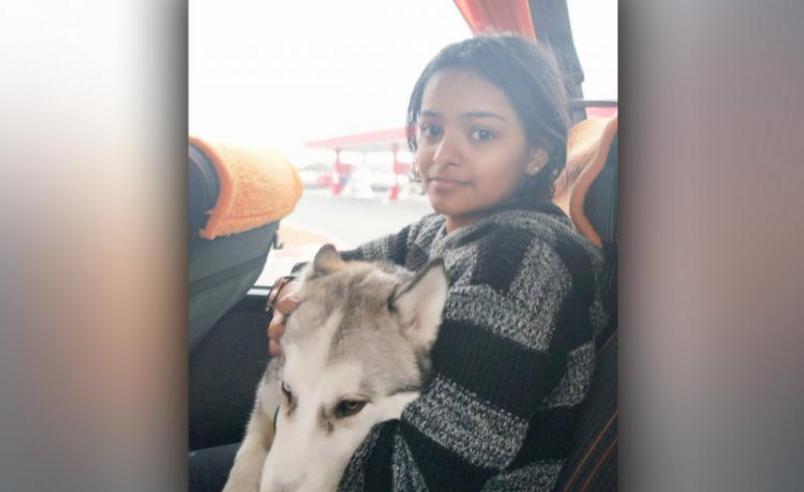