The Bharatiya Janta Party has scored impressive victories in Uttar Pradesh, Uttarakhand, Goa and Manipur while the Aam Aadmi Party registered a record debut victory in Punjab in the recent assembly polls. The Congress, which was in contest in most states, gave a poor account of itself, raising further questions over its leadership.

BJP has retained Goa, a state where it had formed the government in 2017 despite Congress being the single-largest party. The passing away of Manohar Parrikar was a jolt to the party but it managed to win seats across the state, including in South Goa where Christian votes decide the winner. The party also managed to win in Manipur.

In Uttarakhand, the credit of retaining the state would go to Modi along with the in-fighting in Congress.

Following the results, Prime Minister Narendra Modi said, "When we formed the (central) government in 2019, experts said it was because of the 2017 victory (in UP). I believe the same experts will say that the 2022 election result has decided the fate of the 2024 national elections," in a victory speech at the BJP party office in New Delhi.

PM Modi said, "There is a strong stamp of approval in this verdict for the pro-poor, pro-active governance. Good governance and delivery are very important. We improved governance delivery and also brought transparency."

He said the common thread in the victory has been the trust among the people in Party’s "niti, niyat and nirnay".

Addressing the BJP workers, PM Modi said, “BJP workers had promised me that Holi would begin from March 10 this year, and they have kept their promise. These workers worked 24/7 and were successful in winning the trust of the people across states."

He expressed gratitude towards women across the states for supporting BJP in these elections and claimed that in seats where women have outnumbered men in casting their votes, the party has won with a ‘bumper majority’.

He further said, "There will come a day when the sun will set on dynastic politics in India and citizens will ensure it. Voters, while displaying their intelligence during this election, have signaled what the future holds."

Knocking down a resurgent rainbow coalition led by the Samajwadi Party, the BJP stormed back to power in Uttar Pradesh, retaining Uttarakhand, Manipur and Goa, while Arvind Kejriwal's AAP scripted an outstanding victory in Punjab, winning a three-fourth majority tanking its rivals.

Poll strategist Prashant Kishor said the results will not have any bearing on the next Lok Sabha elections, as the "battle for India would be fought and decided in 2024 and not in any state elections.” He wrote, “Battle for India will be fought and decided in 2024 & not in any state #elections Saheb knows this! Hence this clever attempt to create frenzy around state results to establish a decisive psychological advantage over opposition. Don't fall or be part of this false narrative," on twitter.

Kishor's criticism came a day after PM Modi’s comments about the 2024 Lok Sabha polls, saying he hopes that political pundits will note that his party's win in the four states has also made clear the verdict for the next general elections as they had linked its win in 2019 to its sweep of the Uttar Pradesh polls in 2017.

The phrase ‘Saheb’ here, is often used by opposition leaders and experts for the prime minister. The term has its origins in the 2009 ‘snoopgate’ controversy, when he was the chief minister of Gujarat.

Kishor hit the headlines in 2014, when he helped the BJP win the national election. But now he is seen more of an opposition player helping parties like the Trinamool Congress and Dravida Munnetra Kazagham.

The prime minister said Covid-19 had adversely affected supply chains in the world for two years and now the ongoing war between Russia and Ukraine has provoked it.

“The global prices of the crude oil, palm oil, and sunflower oil that India imports are rising at a fast pace. Also, prices of coal, gas and fertilizers are going up at an exorbitant rate in the world. Inflation is up due to the war. Developing countries are particularly hit,” he pointed out.

He emphasized the government's economic and social welfare measures had put India on track in these circumstances. India survived because “we framed policies on the basis of the ground realities”, the prime minister said.

“In this global context, amid these difficulties, if we look at the Budget this time, a belief arises that the country is moving ahead on the path of the self-reliant India campaign. This sentiment is further fuelled by this Budget,” PM Modi added.

The BJP created records with its performance in Uttar Pradesh, Uttarakhand, Manipur and Goa. It was for the first time in over 35 years that a party came back to power in the electorally crucial Uttar Pradesh. 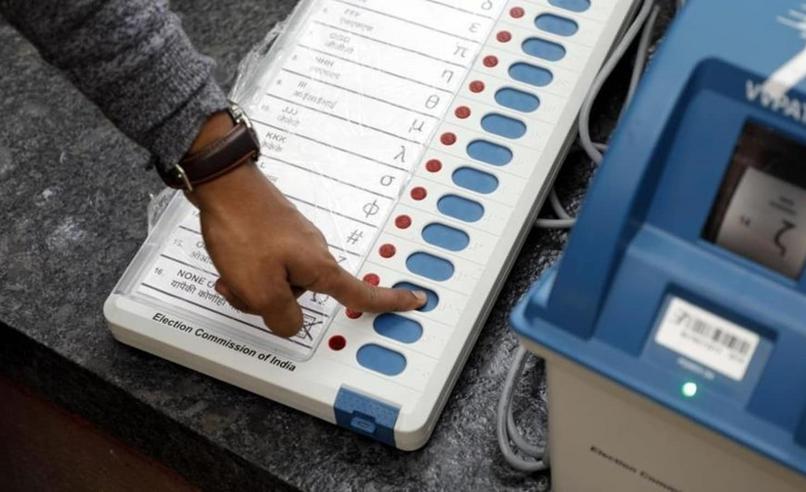 What does the 2022 Assembly Polls say about the 2024 General Election in India?